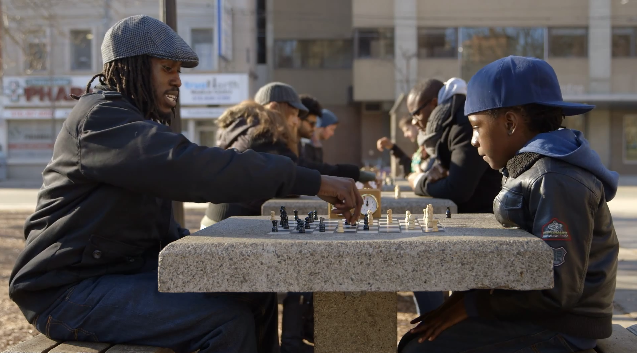 One of the great changes of recent times in hip-hop, has been the growing force of Canadian rappers showing that they too have the force.

Of course it was not like Canadian rappers were non-existent, on the contrary, they have of course always been there. No, the change has come within the sometimes secretive walls of  the music industry and the consumers (us) who are realising that we have been ignoring a place with some hugely talented lyricists.

One of the names displaying his talented self is the laid back Junia T with his sometimes inspirational, sometimes conscious delivery. I actually spoke about him a little while ago when he dropped the amazing You and I featuring Slakah The Beatchild.

So the end of 2014 and for all you hip-hop heads Junia T brings his latest track and new video for his equally amazing new single Wasting Time from his album Eye See You and I got a quick interview with the man himself.

People will ask how is Canadian hip-hop different to US hip-hop so elaborate?

The variety of flavors of music can be found in Canadian hip-hop. We have somehow preserved the standards of the 90s and all have remained original in some sense.

Tell us about your musical journey r?

I’ve always been a growing musician. I started with drums, then keys, then emceeing. I guess it all changed when I found a community of emcees and I started to hear my own voice.

Tell me about Canadian rappers who have inspired and why.

Out of the many Canadian rappers out there, I still am inspired by my peers. Rich Kidd, ELMNT, LordQuest… too many to mention. I’ve been inspired by these simply because they’ve made music that pushes me to become sharper.

Producer’s hat on tell me about the technicalities of production.

I like to produce in a traditional sense. More Quincy Jones with the curation. I build my ideas on FL Studio, then bring in session players to finish the job.

You worked with Lil Simz talk through how that happened.

My Brova Lord Quest made the connection. We booked her for a show during Canadian Music Week and ended up in the studio. Strictly vibes and good people brought that song to life.

Your new single and beating that poor defenceless child at chess elaborate in terms of themes.

My homie Kyle Smiley came up with the concept. It’s a play off of the chess game in the movie Fresh (94′)

Who would you like to work with from the uk?

I’m blessed to already be working some heavy UK heads. Mans like Skripture & Benjamin A.D have been making madness in the stu while I’ve been here so…other than them it would have to be Roots Manuva. (Movements fi mek…)

What’s in the musical pot for next year?

A variety of music fam. An Instrumental project and an LP and what ever I feel should shared.