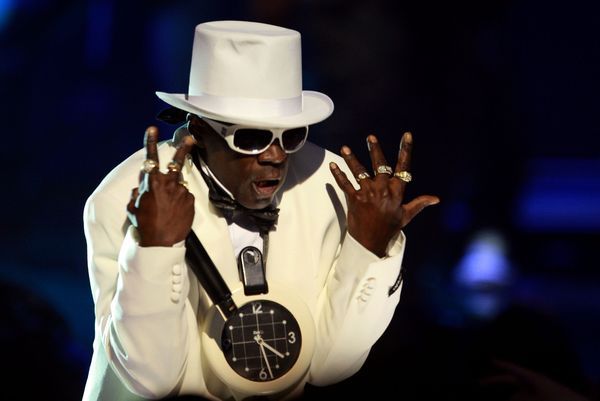 Flavor Flav was arrested in Las Vegas yesterday on suspicion of assault with a deadly weapon and battery charges. Cops were called to Flav’s house around 3am on Wednesday where he had been arguing with his fiancee and threatening her son with a knife.

The clock-wearing rapper faces a charge of felony with a deadly weapon which carries a penalty of up to six years in prison and a misdemeanour battery-domestic violence charge that could see him end up in county jail for six months.

He is currently being held on $23,000 bond pending an court appearance later on today.