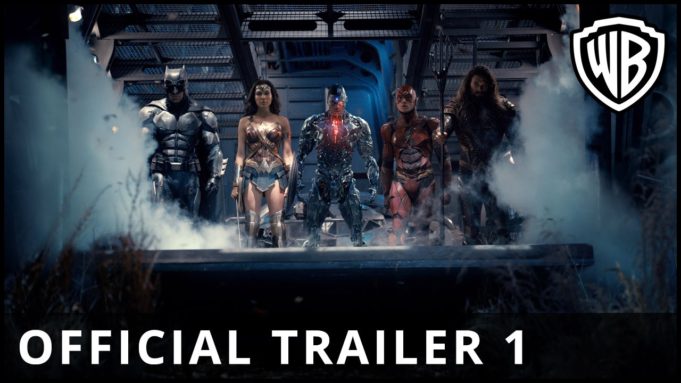 After the major miss of Batman V Superman, Warner Bros have a lot riding on their next DC venture, Justice League and judging from its new trailer they may finally be on the right track.

After character teases were drip feed to the public yesterday, the official first trailer for Zack Synder’s upcoming Justice League starring Ezra Miller as The Flash, Jason Momoa as Aquaman, Ray Fisher as Cyborg and returning actors Ben Affleck as Batman and Gal Gadot as Wonder Woman – who see’s her own stand-alone venture released on June 2nd – has arrived.

Still very much in the dark tonal vision, we have come to expect, the team of merry – or not so merry – superheroes unite and Batman tries to play nice amongst his peers. With the heavy drum and guitar soundtrack of Come Together, the element of humour and epic visual effects The Justice League trailer has all the right ingredients but does the question remain it still needs a whole bunch of seasoning to make this a mouth-watering adventure we’ve all been longing for from the DC/Warner Bros. world? Synopsis
Fueled by his restored faith in humanity and inspired by Superman’s selfless act, Bruce Wayne enlists the help of his newfound ally, Diana Prince, to face an even greater enemy. Together, Batman and Wonder Woman work quickly to find and recruit a team of metahumans to stand against this newly awakened threat.  But despite the formation of this unprecedented league of heroes—Batman, Wonder Woman, Aquaman, Cyborg and The Flash—it may already be too late to save the planet from an assault of catastrophic proportions.