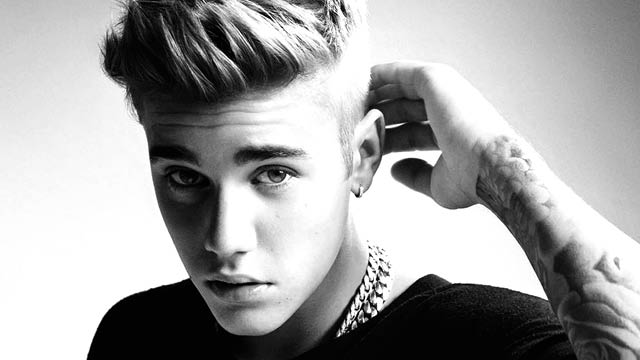 NEWSFLASH: We are pleased to announce the details of V Festival 2016 with very special headline acts Justin Bieber and Rihanna.

The festival takes place across the two sites in Hylands Park, Chelmsford and Weston Park, Staffordshire on the weekend of the 20th and 21st August 2016. Tickets go on sale on Friday 26th February at 9.30am with fans advised to visit www.vfestival.com for official outlets ticketmaster.co.uk

Performing exclusively at his only UK festival this summer, Bieber, who also shares his age with the iconic festival, will treat festival goers to his debut V Festival performance and a sneak peak of his upcoming tour, ‘Purpose’. After smashing UK chart records by simultaneously holding the number one, two and three spot in the UK single charts, the Grammy winner is expected to pull the V Festival crowds in their thousands.

To cement the line-up with true superstar status, Rihanna is set to round off the headline bill with another electric performance as she returns to V Festival after five years. The Bajan singer will perform at both Staffordshire and Chelmsford bringing the hotly anticipated and unmissable ‘Anti World Tour’ to her only UK festival of the summer.

Adding to V Festival 2016’s international superstar line-up will be Australian superstar songstress, Sia, and superstar DJ, David Guetta – who are both UK festival exclusives for V Festival 2016. Sia, who is world famous for her own critically acclaimed material, has also written for some of the world’s biggest artists including Beyoncé, Britney Spears and even penned headliner Rihanna’s hit ‘Diamonds’. Global DJ phenomenon David Guetta is one of the most successful artist DJ’s in UK chart history and is well-known for his energetic live shows, bringing the full-on party atmosphere and enthralling sold-out crowds across the world – this set will be unmissable.

In another V Festival debut, BBC Radio 1 will host a new stage on Friday night across both Chelmsford and Staffordshire sites. Adding to this incredible new set up, the BBC Radio 1 Summer of Dance stage will bring its all new Summer of Dance line up, guaranteed to add chart topping dance anthems, the hottest artists, and newest releases into the mix. Further details including the line up will be announced during Annie Mac’s BBC Radio 1 show (7 – 10pm) on Friday 4th March.

Halsey will grace the festival as well as Troye Sivan, who with a unique acting, blogging and musical background under his belt, is sure to deliver an unmissable set. Bringing the rock ‘n’ roll will be BRIT Award winners Travis, singer songwriter James Morrison and Joe Jonas’ pop rock band, DNCE. Grammy winnerFoxes, X Factor star Fleur East and legendary British-Canadian girl band All Saints will each add a pop flavour to the weekend. Soul II Soul will bring the good vibes, while ‘Fester Skank’ smash artist, Lethal Bizzle,DJ EZ, Sigma (DJ set), Flight Facilities, and Big Sean will bring the pounding beats and furious flow to a phenomenal V Festival 2016 line up.

Introducing the brand new VIP Camping location in 2016: The Vamping Lounge. Experience V Festival like a true VIP in this new camping area, situated next to the main Arena at Hylands Park, Chelmsford. The Vamping Lounge is a truly unique way to enjoy V Festival with all the luxuries. This decadent experience includes superior amenities and is an exclusive enclave limited to a small number of VIP campers, who will also have access to guest facilities and dedicated VIP car parking as part of their unforgettable VIP experience.

Tickets for this exclusive area are limited, so book now! vfestival.com/vip/

For those who want the ultimate V Festival 2016 experience the V Style luxury campsite offers customers the most decadent experience. V Style offers a boutique village of gorgeous Bell Tents, Yurts and Suites where you can glam up and wind down. V Style has got chilling out down to an art form: from recharging in your cosy, quiet digs, primping in the V Styled salon, to freshening up with a hot shower. It is also the perfect party base, too, with an exclusive café and late-night bar, and access to the VIP area.

Tickets go on sale on Friday 26th February at 9.30am with fans advised to visit www.vfestival.com for official outlets ticketmaster.co.uk V Festival organisers stress to fans that purchasing tickets from unofficial outlets could lead to disappointment.