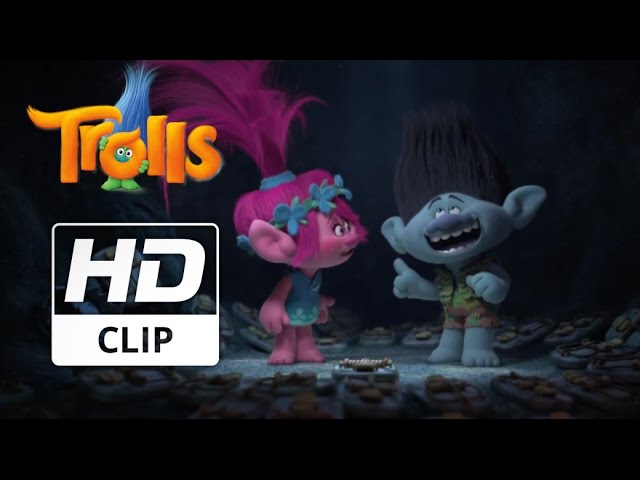 The joyously happy Dreamworks Animation Troll’s has a brand new clip to help you find your happy place.

DreamWorks’ TROLLS is a hair-raising comedy filled with unbelievable adventure and incredible music.  Known for their crazy, colourful, and magical hair, Trolls are the happiest, most joyous creatures ever to burst into song. But their world of rainbows and cupcakes is changed forever when their leader Poppy (Anna Kendrick,) must embark on a rescue mission that takes her far beyond the only world she’s ever known.

In the new clip entitled ‘Crazy Prepared’ we witness Branch – voiced by Timberlake – introducing us to his secret happy place.

DreamWorks TROLLS is released in cinemas from October 15 in 3D and 2D.