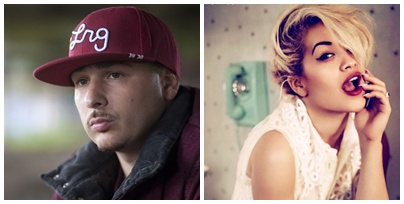 Following the release of two incredibly successful mixtapes – ‘Pure Koke Volumes 1 and 2’, rapper K Koke managed to land a deal with Jay-Z’s Roc Nation label His recent single, the fist-thumping hip-hop anthem ‘Turn Back’, featured Maverick Sabre and now with a little help from Rita Ora, the West Londoner has got another hit on his hands.

In March last year, Koke was imprisoned for the attempted murder of an unidentified 27-year-old, who was shot at Harlesden train station along with four other teenagers. He was remanded in custody pending a trial, but was later released without charge in November after seven months on remand.

‘Lay Down Your Weapons,’ is a message echoing the sentiment of prison being, and is taken from Koke’s highly anticipated album, ‘I Ain’t Perfect’, which also features guest spots from US rapper Wale and Emeli Sandé.

Listen to ‘Lay Down Your Weapons’ below: