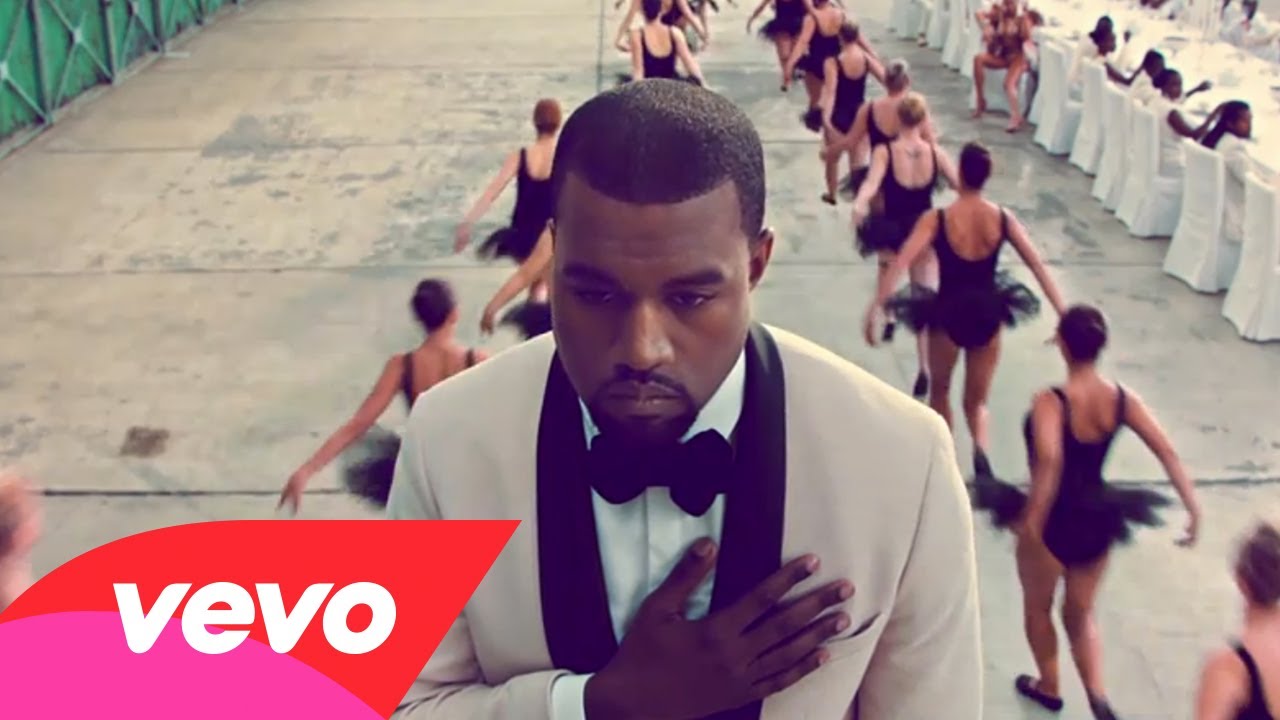 You may have heard that Kanye was filming in the middle-eastern deserts recently; it turns out that the rapper was filming his latest short film, ‘Cruel Summer’. The 30 minute display was inspired by Yeezy’s upcoming G.O.O.D Music compilation album, which will be of the same name. Starring Kid Kudi as a car thief, we see the ‘Day and Night’ rapper fall in love with an Arab princess – who is blind.

The movie was shown in a pyramid shaped tent, which held seven screens that flashed on and off, so that the audience would have to look around continuously to keep up with the story.

The producer and musician explained his reason for this: “It related to a post-Steve Jobs, post-Windows era, where we’re always on our BlackBerry in a ball game or at the movies. I was very particular about having the screens separate, where your mind puts the screens back together, the way you put memories together. I’m not the best director in the world, but I had an idea that I thought would be amazing to inspire people, like a dream of one day this being the way people watch movies.”

He continued: “You know, [Quentin] Tarantino doing a movie like this or a horror movie like this, animation, 3-D… in this form that surrounds you. People want to go back and see it more and more because they missed something to their left or to their right, and it feels more like the experience of life.”

He explained his future aspirations in film, saying that he hopes that his work will be “like if [Alexander] McQueen was to meet the entertainment value of Walt Disney.”