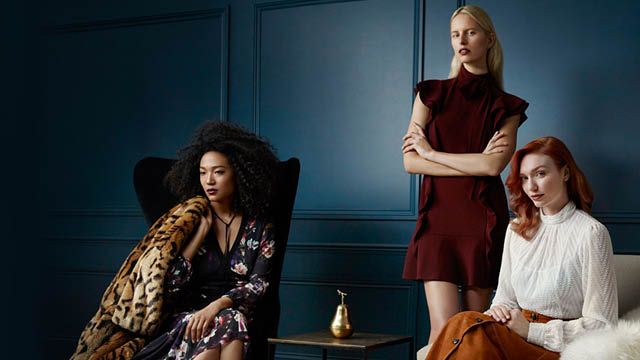 Karen Millen’s new campaign is the third in a series of portraits that capture the special personalities of the cast.

First on our list is British actress Eleanor Tomlinson who stars as Demelza in the ‘Poldark’ TV series, and you may also remember Eleanor from ‘Alice in Wonderland’ and ‘Jack the Giant Slayer’. Next up is supermodel Karolina Kurkova, Karolina is a former Victoria’s Secret angel, TV personality and actress who has starred in G.I Joe and fronted campaigns for Louis Vuitton, Chanel and Max Mara among other labels. And last but by no means least is on-the-rise singer-songwriter Judith Hill. Judith has worked with the likes of Michael Jackson and Elton John, her first album was produced by Prince… We don’t think an up-and-coming career can start any better than this. Here’s a few pieces from the new collection, all that’s left to do is to start shopping at Karen Millen.