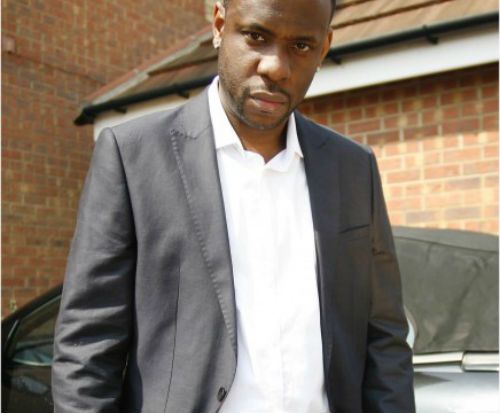 Rapper Karl Hinds is from East London. ‘I love living in London because it is the epicenter of British youth culture.’ Karl pursued his music dream at the age of 15 and began his venture by setting up his own record label ‘Assasin Records’ spurring him on to start another record label whilst making award winning tracks.

Karl started off in the influential jungle scene with songs such as ‘Cock Out and Ride’ but has established himself as a hip-hop artist. ‘Hip-hop is my life, a vehicle for my pain, the reason for my growth and the fucking death of me’. It seems as if the transition into hip-hop was the plan from the start. ‘I always intended to make hip-hop. My jungle and drum & bass label ‘Assassin Records’ was originally a hip-hop label that made Jungle music to raise money to kick start my hip-hop career, but we had released so many tracks trying to get the doe up that I had to create a new label as Assassin had unwittingly established itself in the jungle/drum & bass scene’.

“I went broke. Now I have to start all over again. But I guess God wanted to see how bad I want this.”

This new sister label was infact ‘Ill Flava Records’ where hip-hop was the focus and a classic record ‘Don Gramma’ was born. This track earned Karl UK Hip Hop Awards for Best Newcomer, Best Single and Best Video of 2001. Karl had created a unique sound that began to challenge the conventional sound of UK Hip Hop. Some have gone as far to say that he has influenced many UK artists that have come after him but which UK artists is Karl rating right now? ‘I’m rating English Frank, K-Koke, T.K, Mic Righteous, Black Da Ripper, DurrtyGoodz and Benny Banks because they keep it authentic. Street music not Pop music that’s packaged to appear street.’

It is fair to say that the UK has a long way to go but will UK hip-hop ever reach the same level as it is in the US? ‘It’s happening right now,’ says Karl ‘I don’t know if it’s because US hip-hop has got worse or if the UK has got better but we’re making the same money now. Creatively the UK still hasn’t made the master pieces the Americans did that got hip-hop noticed and I don’t know if we ever will as most of these UK artists aren’t even interested in leaving that type of legacy, they just want to get paid.’

Having record labels set up means one must be able to spot real talent and often have artists collaborating on tracks with one another. But I wonder what four artists Karl Hinds would have if he could make a super group. ‘Minnie Riperton, Nas, Jay Z and Dr Dre. Minnie is the greatest ever female recording vocalist in my opinion, Nas is the greatest Rapper in history, Jay is the greatest hustler to ever Rap and his influence in pop culture can’t be exaggerated. Dr Dre is the greatest hip-hop producer in history. So could you imagine the album?’ Needless to say yes it is imaginable and it would be amazing. Karl has recently dropped his mixtape ‘Black Timing’ showcasing a raw hip-hop sound and collaborating with artists such as Genesis Elijah, Mr Midas and Durrty Goodz who ‘compliment the diversity on the mixtape’. As well as great collabs, the mixtape also features a skit of an interview Karl did where he talks about a deal he was offered when he was 15. Un-regrettably, refused he refused the deal as he tells the interviewer, ‘I thought if he can do it without an education I can do it. I got an education. So fuck him.’ Clearly proud of all the tracks on the mixtape he states, ‘I couldn’t single out 1 favourite tune. I genuinely love them all.’ He adds, ‘The video for the track ‘Greatest’ featuring DurrtyGoodz is crazy and is out soon so look out for it!’

Although he is now settling into the UK rap scene nicely, Karl has been away from music for 8 years rebuilding his business and teaching himself how to adapt to the fast developments of technology so he can become successful in having a business that could serve the internet. He has undoubtedly been experimenting with different sounds as a producer so what producer does he take inspiration from? ‘Dr Dre was my biggest inspiration, I think we shared the same view that hip-hop could be produced with a clean sharp finish and still sound gutter and grimey. Also Timbaland, DJ Premier, Havoc of Mobb Deep, Alchemist, and Liam from Prodigy who is probably the best producer Britain has ever produced!’

Most artists who are asked to think of a career they would have if they were not doing music usually still consider themselves to have been doing something in the entertainment industry but Karl says he would probably have been a ‘psychiatrist or physiologist or something to do with the study of mind or human nature’ proving he is not your typical ‘bad boy’ rapper and adds has some depth to his character.

Karl is clearly very sure about what he wants and seems confident enough to make it happen. But the vision hasn’t always been as clear as it is now and he has had to overcome some hurdles Karl considers to be ‘embarrassing’. ‘I went broke. I’ve fallen before I had the chance to cement my entry into the game, and now I have to start all over again. But I guess God wanted to see how bad I want this.’

Karl Hinds is not stopping for anyone and will be dropping his third independent album soon as well as another mixtape and has some ‘crazy videos’ in the pipeline.