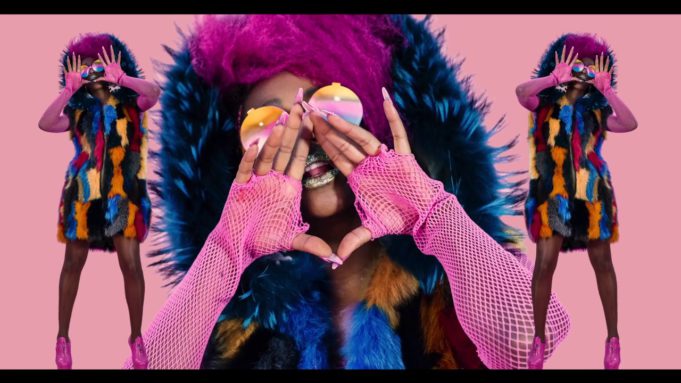 In 2010 Karol rose to success after the release of her debut single ‘Boa Noite’, which she performed at the MTV Video Music Awards Brazil in 2011. Following the success of her debut record, Karol released the album ‘Batuk Freak’ which garnered critical acclaim throughout South America and earned her best Breakthrough artist at the 2013 Multishow TV Channel Awards. The same year Karol teamed up with the Portuguese hit maker Buraka Som Sistema and Adidas, for the FIFA World Cup song ‘Boa’. The track was named the second best song of the World Cup by Billboard magazine, solidifying Karol as one of Brazil’s most successful emerging artist.

Taken from her upcoming album “Farofei’, Conka’s latest single ‘Lala’ was produced by the trap duo Tropkillaz and co-produced and co-written by Boss In Drama. Renowned Brazilian producer Kondzilla filmed the video in Japan and is available to stream now on YouTube.

‘Lala’ is available to download and stream now on all major media providers. Fans can expect to download Karol’s forthcoming album ‘Farofei’ later this summer. More information can be found on Karol’s official website.