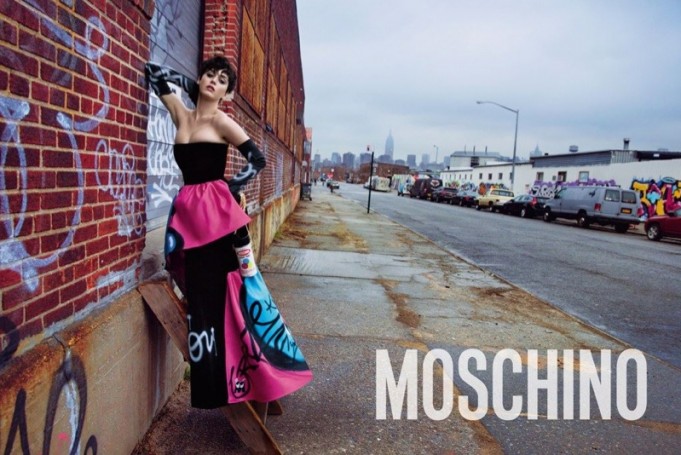 Trust Kate Perry to pull off Urban Chic in such a stunning way. The music artist is the face of Moschino’s 2015 ad campaign and the photo shoot will blow you away. Showing off her curves and skin as well as looking like the sexiest tomboy I have ever seen, the images have been released of Katy Perry’s Moschino campaign which was captured by Inez & Vinoodh in the studio and outdoors in the hip-hop inspired looks. Bold jewel tone covers as well as graffiti inspired prints are spotlighted in the new advertisements styled by Carlyne Cerf De Dudzeele. See the campaign below. Feeling like shopping Moschino? Take a look at VeryExclusive.co.uk and shop Love Moschino.