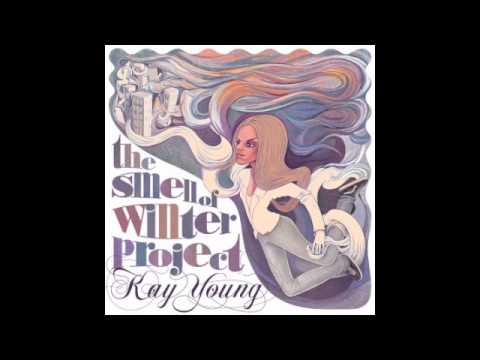 I like rap but I like singing but which is better?…..no, there is no fight the two obviously work great together but to get an artist fully talented in both is not the most common thing but add to that production skills and you have a brilliant mix. Kay Young is just such an artist and all the better because she is an UK artist whose talent is there to see. I checked her out at an event called We Plug Good Music where she was there to drop a live set. It was a great performance fusing hip-hop beats and some tight neo classic soul vocals. It was a live performance made all the more commendable because the band has only been together briefly, “As a band we have been going for a month now. I expanded the band I now have the brass section, guitar I am a fan of live music that is what I studied and so that is what I have wanted to do. There are a lot of people that are great at recording but when you see the live they do not do it.”

The South Londoner has been there or there about in the scene for a while but with the new band Kay and her manager are really setting their sights on bringing her to the fore front.

Talking to her in a park at the rather picturesque and cosmopolitan destination of Greenwich about her passion for music,

“I always had a passion for music my mum was a backing singer for soul groups and Lovers’ Rock bands and my dad was a musician and I used to watch him practising and it was just so clear that it was something that absorbed him. I did not know I could produce until I went into the music block sat in from of the equipment and made something and so it was not something that I knew or wanted to do it just happened.” she adds, “so I walked in and the teacher was like ‘do you know how to use the equipment’ I was like ‘yes’ but I did not have a clue? I sat in front of the computer and I just started producing. It is really hard to explain and people do not believe me but that is exactly how it happened. It was reggae beat. If you get a Casio keyboard with one of those default sounds it was that kind of sound with a drum beat and I was proud of it”.

Kay is also an avid and proficient drummer. Having toured with her local steel pan she again shows that there is a real defying of pre-conceived gender roles. She is clearly not some feminist like Germaine Greer intent on going against these stereotypes because she just wants to make some moralistic stand but as she readily admits the opposition was a perfect catalyst

“When I used to produce at school the guys automatically say t that you should not be doing that and it is not for you but it pushed me more to say no and say that I can produce music as well as and even better than you.”  And produce well she does if you checked out the last Future Flavours in the hard copy magazine you would have seen another hugely talented guy called Joel Culpepper featured. Joel’s deep and resonate voice is backed up by killer neo classic soul beats and this is all courtesy of Kay. The production is Dilla esq in that infinitely cool production with big beats but simple structure and this is evidently what Kay is bringing to her own production.

In her live performance Kay seamlessly went from bars to vocals so the question “what came first rap or singing” needed to be asked?

“I pushed the rapping more. I did not think about it I just knew that could do it. My first 16 was to mic assassin who was a battle emcee. Estelle really inspired me at the time because she was big on the underground scene. The thing is I could always sing but I was not comfortable with it because people knew me as a rapper. I find singing put you in a more vulnerable than rapping because you can hear that vulnerability and I did not want people to hear that because I was a rapper” but she adds that she feels more comfortable and ready now to sing a point that her manager nods approvingly to as we sit and talk, “I am singing more in tracks now. There was a certain song called Save that I could only express as a song rather than rapping and so that is what I did. This year I have been singing a lot more”.

Kay needs to explore all facets of her talent to their fullest. Her EP The Smell Of Winter is definitely different from the commercial stuff out now. If you are looking for a female emcee dropping bars with ladles of angst and that gritty energy then Kay will not necessarily be the emcee for you. She can do that as her days barring in mic competitions will testify but she is more of your Jill Scot kind of rapper dropping lines that would not be averse in a spoken word night.

Kay has been doing the circuits. She has just done a stint at the now hugely popular Rock the Belles night and is garnering much love for her laidback thought provoking production and lyrics. Next year will see her entering a bigger stage and we need to back her because I think she brings depth and diversity to the female emceeing game but more significantly she produces tracks that are not always associated with the UK and that is good: we cannot be afraid of experimenting!