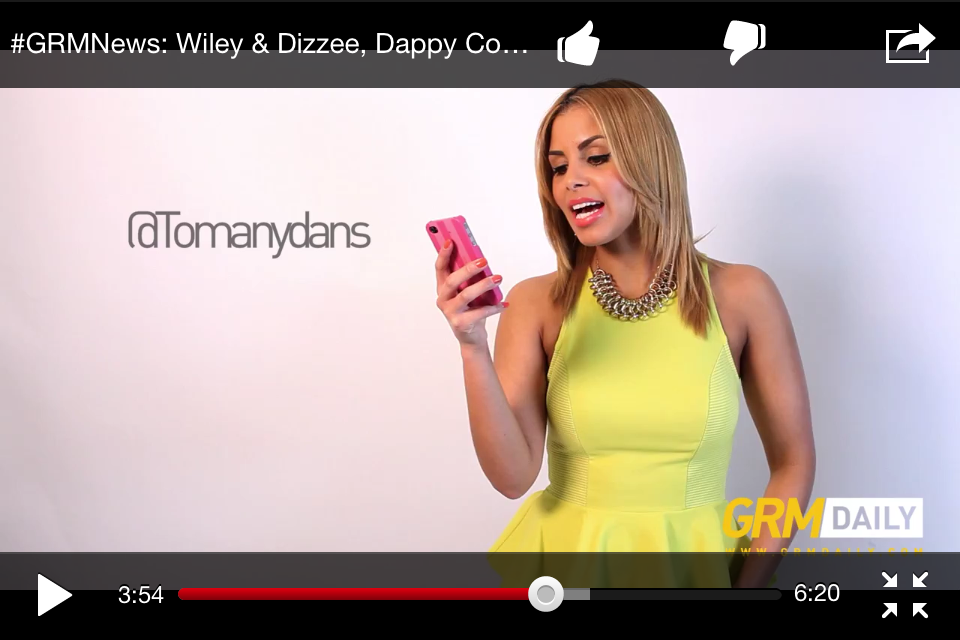 I started this column as an up and coming singer/songwriter who had already experienced my fair share of highs and lows in the music industry I was invited to share with the Flavour readers my personal journey, the truth about both the highs and lows of trying to make it without all of the perks of a reality TV show. But then life threw me a curveball by presenting me with an opportunity to become a TV presenter for MTV ‘Wrap up’ and I figured “Why not”.

I introduce you to ‘Keeping it Real’…

DIARY OF AN UP & COMING ARTIST / PRESENTER… Part 10

Hey Flavour Mag readers, Thanks for returning to read part 10 of my column ‘Keeping it real’.

So as per usual I have been a super busy girl over the past few weeks since my last column, I have attended several events & gigs and was fortunate enough to go and see Beyonce at the 02 arena a couple of weeks back. But I have defiantly taken my own advice from my last column and dedicated a little more time to enjoy life following my mantra “Work to live, Don’t live to work”. So on that note I am off to St Ives for a few days rest with my mummy Michelle, my Auntie Debbie & my best friend from school Hannah for a girly weekend away / road trip. I’ve also booked a week away to Cyprus with my ‘Mr’ for July which I am so excited about as we always have a great time when we are out in Limassol visiting our friends there.

On the work front I am about start presenting an 8 week stint on a new soon to be launched online channel called ‘Air-Fi’, it’s a web based Video Chat, DJing and Broadcast channel. I am very excited to start work on Air-Fi especially as there is talk of me covering some backstage interviews at some big concerts over the next couple of months. I always think it is good to start working with a company from early on in there growth so you can grow with the brand of the station / channel so I am very excited to see where this opportunity may lead. Check out Air-Fi: http://www.airfi.com/

I’ve also been working on my new up & coming radio show! I am thrilled to have recently joined the team over at Westside radio where I am currently working on my show format and enjoying the fact I get to talk for a living. I am pleased to say that working on a radio show has surprisingly re ignited my LOVE for music. Since finding my love for music again it’s definitely helped me let go of a lot of the hurt and bitterness that I felt at the end of my music career. A simple task like selecting music to share with my listeners, really awakening my musical senses and taking the time to really listen to songs again has truly filled me with joy and calm and a sense of familiarity when starting this new venture of heading into radio! “Who needs therapy when you’ve got your own radio show ay?” Lol Catch me in the next few weeks on West Side radio Saturdays 7pm-9pm.

I am still working with GRM Daily each week presenting the GRM News. Me & the team at GRM Daily are extremely happy to have been given a show on Loaded TV SKY channel 200 every Wednesday at 7pm. I am happy to be hosting the show which also features the GRM News in the first quarter of the show each week, followed by the best bits from the website each week and exclusive interviews and feature from my fellow presenter Poet. Lock in to our show this Wednesday but in the meantime check out this week’s GRM News WHAT HAPPENED??
District MTV partnered with TOMS shoes to launch One Day Without Shoes 2013 and I was thrilled to be invited by District MTV to support the event and attend the launch party, so I dragged along my better half Tony to attend the event and do the press pictures with me (Shoeless of course)!
The campaign brings awareness to the many causes TOMS support across the world, but this particular event highlights the sad fact that children all over the world do not have a simple thing like shoes. TOMS have committed to donate a pair of TOMs to a child without shoes every time a pair is sold. I think it’s a fantastic campaign and I hope that more fashion brands get involved with the cause in the future.The District MTV team were there to host the event and to capture the effortlessly (shoeless) stylish including MTV presenters Lilah Parsons, Alexandra Buggs, Karis Anderson and Courtney Rumbold from Stooshe, Girl Called Johnny, Nik Thakkar and fashion blogger Hannah Freeman. The highlight of the event had to be listening to the effortlessly outstanding vocal performance from Bluey Robinson the cocktails & food were lovely and Modus PR really pulled off a fantastic event. The title of his debut album also represents a common theme with all his musical releases to date, such as ‘Any Minute Now’ and ‘7 Minutes Before Time’ and ‘In Between Time’.

Angel gave us an energised rendition of tracks including his current dance single ‘The World’, Fans were excitedly screaming out the lyrics as soon as the sing-along chorus kicked in. Females in the audience were swooning after Angel, and he certainly didn’t shy away from interacting with the crowd and giving a real energised and upbeat performance. Angel’s live band was on point and rocked the stage with the star. A little while later, Angel highlighted his rather chaotic schedule confessing to his fans that he was at Westfield’s Shopping Centre just 20 minutes before he hit the stage! He sported a black snapback with the word ‘Dope’ plastered over it in red letters a slogan which summed up the overall set. The finale was a fiery performance of Angel’s euphoric hit single ‘Wonderful’.

In the VIP area I danced the evening away with the lovely ladies of Stooshe and we all agreed everyone else is the VIP section were boring as they weren’t dancing away with us as they were all too busy trying to look cool Lol. Speaking of cool; the whole of the Trapstar clothing brand crew were in the building looking too cool for school watching Angel perform wearing one of their custom leather jackets, and pint sized rapper Tinchy Stryder didn’t remove his sunglasses once despite being inside a dark room all night.

This was a night to celebrate the success of a talented singer / songwriter who after much hard work from him, his manager Sam who is a great friend of mine, Island Records A&R Ben Scar and his musical team ‘Parallel’ he has finally got his big break.

So if you love UK R&B/Soul and you haven’t yet brought the album then its …..’About Time’!

This week’s up & coming spot is the second of the acts I championed from the ‘Pardon My Talent’ show case I attended a couple of weeks ago… The first act that I praised in my last column were Vocal harmony group E3 Brothers whose vocal blend blew me away. This week after attending ‘Something for Sunday’ a live night at The Light in Shoreditch, London another male vocal harmony group caught my attention for the second time. This week’s up & coming spot goes to a group that describe their mission as “Bringing masculinity back to RnB” I introduce you to…. ‘4 Real’

As an up & coming artist or presenter you’re not going to start out earning the big bucks so for now it’s all about the freebies Lol…..

This week I want to say a big thank you to fashion brand ‘Illustrated People’ for hooking me up with some of the coolest Tops & Jumpers. Illustrated people are an East London based street wear label with a studio based team of illustrators and designers. Check out their designs: www.illustratedpeople.com ME ROCKING MY ILLUSTRATED PEOPLE JUMPER ON THE GRM NEWS! ….

A DIARY OF AN UP & COMING PRESENTER…