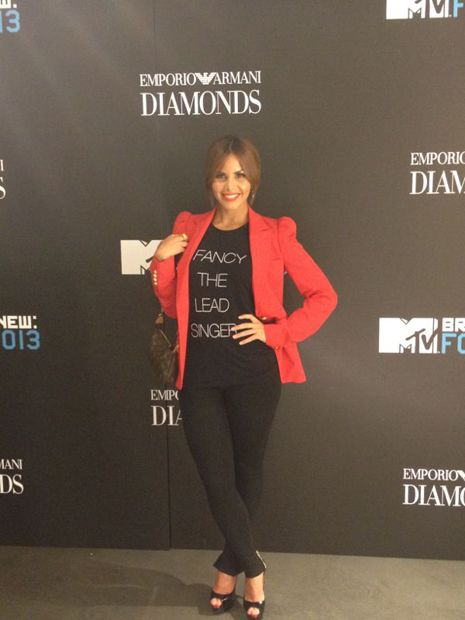 As an up and coming singer/songwriter who has already experienced my fair share of highs and lows in the music industry I have been invited to share with the Flavour readers my personal journey, the truth about both the highs and lows of trying to make it without all of the perks of a reality TV show. DIARY OF AN UP & COMING ARTIST / PRESENTER… Part 6

Hey Flavour Mag readers, Thanks for returning to read part 6 of my column ‘Keeping it real’.

Right now I am writing my column from an aeroplane on the way back from a trip to Cyprus to visit some good friends, celebrate my birthday and also to have a couple of business meeting . Despite my incessant itching from the prickly heat I managed to gain over my entire body it was a fun and successful trip. On my journey back to London I find myself wondering what my next plan of attack is on the music industry, the problem being that I’m not sure I have one. I love music and more than anything I love to perform but I guess I’m at the point in time where I honestly think it could be time to move forward and focus on the opportunity I have recently been blessed to receive rather than the opportunities that are not coming my way at the moment. The opportunity from MTV to present ‘MTV The wrap up’ is something I am very excited about. I am a firm believer in the phrase “Everything happens for a reason” which leads me to think maybe my shot in music came and went with my former girl group Duchess, but one thing I do know is that if it is meant to be, it will be. In the meantime I’m having a great time working with MTV and the minute I step off of this plane I’m going to throw myself back into work and focus on the positives. I have already been lucky enough to interview Wretch 32, Labrinth, Lloyd, Stooshe, K Koke & Bashy so far not a bad start to a career in presenting even if I do say so myself. Check out some of my interviews with Labrinth, K. Koke, Lloyd, Stooshe and Wretch. GOODIE BAG: There was a goodie bag courtesy of Armani but unfortunately they only provided a limited amount and it was first come first serve so I missed out as I was too busy chin wagging with Wretch 32 and Jamal Edwards as a catch up with the pair was long overdue! L

It was the place to be at 7pm on a Thursday night! Fashion magazine Vogue hosted ‘Fashions Night Out’ on London’s famous Bond Street. Every designer store was hosting some kind of event and the street was full of fashion bloggers, celebrity’s galore. Armani teamed up with MTV UK to host a music / fashion fusion event and the que to get in was a long one (Luckily we were on the guest list). Music was provided by new comer Jessie Ware who warmed up the crowd with her soulful tones followed by the man himself Labrinth who headlined the event. Labrinth absolutely tore the roof down of the intimate gig by performing most of his album’ Electronic Earth’ with a full live band. The set was flawless and the crowd finally stopped gossiping and networking to bounce and sing along. It wasn’t a late event with it all being over and done with by around 11pm  but it was definitely one to head out for, can’t wait for next year’s ‘Fashion Night Out’!

This weeks Up & Coming spot goes to super producer / beat – maker Wizzy Wow. Wiz can count Wretch 32, Tinie Tempah, Chip & Roll Deep as just some of the names that come to him for beats & production. With a producer EP on the way named ‘ I am Wizzy Wow’ and the prestige of having recently produced the music for the Addidas Olympic campaign under his belt I’d definitely say that Wizzy Wow is my one to watch this week!

As an up & coming artist & presenter you’re not going to start out earning the big bucks so for now  it’s all about the freebies Lol…..

London fashion brand Fresh Ego Kid recently hooked me up with one of their cute vest tops and snap back hats. Loving the colour of the snap back they sent through, you can get your online now at www.FreshEgoKid.com @Drake Dont worry! Just breathe, if it’s meant to be, it will find its way…