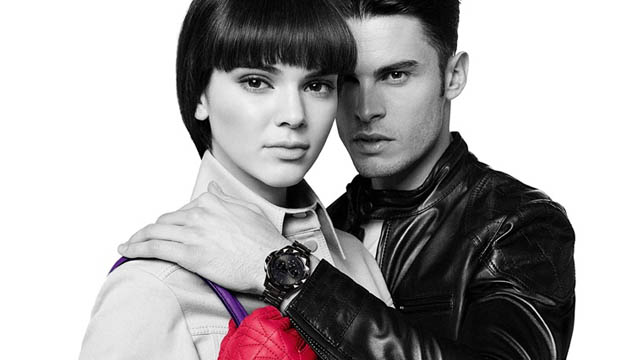 Following up the announcement in November, the spring-summer 2015 campaign from Karl Lagerfeld has been released with Kendall Jenner as the face. The reality television star is joined by Ming Xi, Baptiste Giabiconi and Sasha Luss in black and white images which feature pops of colours from the accessories. Lagerfeld himself shot the studio images. This marks Kendall’s second major spring ad–she appeared in Marc Jacobs’ campaign earlier this month. After appearing in both the December and January issues, Kendall Jenner has landed yet another fashion editorial for Vogue US’ February 2015 edition. The American model rocks statement pants and bangs in the images captured by Patrick Demarchelier. Styled by Tabitha Simmons, Kendall wears looks from top labels including Theory, Balmain and Proenza Schouler. For even more Kendall, see her first advertisement for Estee Lauder, where she wears the Little Black Primer, a versatile outfit that can be upstyled with pearls (like ones from Mesenso) and fur, or taken out on a Friday night with hells and glamour accessories. See more images below and view the entire feature on Vogue.co.uk.