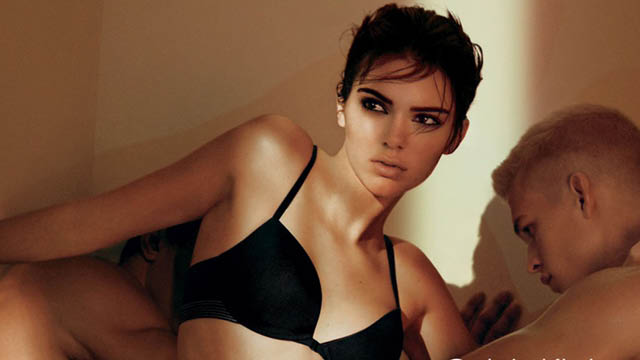 Kendall Jenner is back AGAIN rocking sexy Calvin Klein’s in these steamy new underwear adverts for 2016. After fronting the ‘Original Sexy‘ ads alongside Joan Smalls, Kendall heats up things with its spring 2016 starring alongside models Mitchell Slaggert and Julian Schneyder. Posing in the all black designs and showcasing her dreamy physique, Kendall is at her best wearing the performance bras and briefs with the Calvin Klein logo. Photographed by David Sims, the campaign includes taglines like “I am strong” or “I am powerful” in #mycalvins.

Kendall can also be seen in Calvin Klein’s spring-summer 2016 campaign featuring clothing from the brand. The brunette rocks denim and other branded pieces for images photographed by Tyrone Lebon.