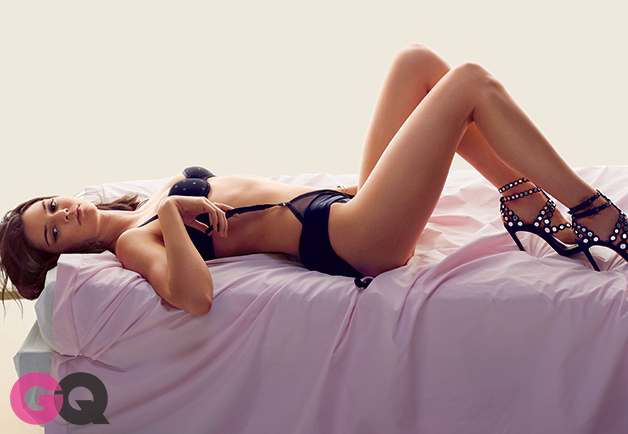 Kendall Jenner revealed her secret to talking selfies while shoot the May 2015 cover shoot for GQ magazine, which is on shelves now. Girl of the moment, Kendall Jenner, rocks a stunning bikini for the cover of GQ magazine and while on set during the behind the scenes video Kendall says… “Every girl knows that for that one selfie that gets posted, there’s like a hundred behind it.”

Kendall Jenner then went on to answer a few questions. Whats the first website you look at the morning?
Instagram is the first thing I look at. Who sister do you text the most?
If you really want the truth, I text Kylie so many times, and I look like a desperate girlfriend because she does not respond to me. She loves me though, so its ok.

The brunette wears a white Adriana Degreas bikini and Calvin Klein denim jacket in the image snapped by Steven Klein. In her interview for the magazine, Kendall talks her modeling career, dealing with the paparazzi and her father—Bruce Jenner.