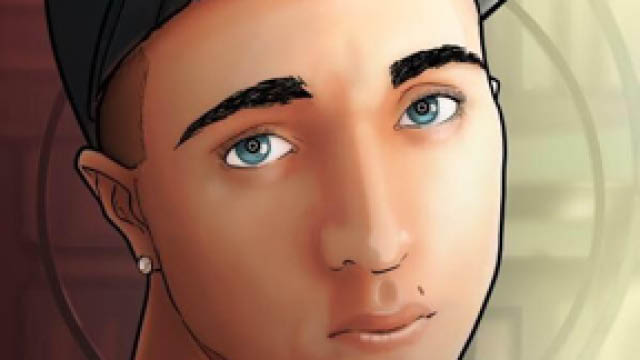 ‘Good Enough’ was produced by grammy-nominated Major 7, who has previously worked with Jay Z, Rick Ross and T-Pain. This exceptional single smoothly invites the listener into Keoni’s world of sensual pop/rnb and provides a taste of things to come.

Keoni’s vocal talents have not gone unnoticed, and he has been picked up by Internationally renowned vocal coaches David and Carrie Grant (Pop Idol and Fame Academy), Keoni has been working on his debut EP, and releases ‘Good Enough’ as his second single, following from ‘Purple Lights’.

‘Good Enough’ was inspired by the 1998 song by K.P. & Envyi ‘Shorty Swing My Way’, and the lead vocalist for this track is also the cousin of co-writer Alexis Hollis. Recorded in Stone Mountain, Atlanta, Keoni flew out to work with producer Major7 after being discovered by one of his vocal coaches Dileesa Hunter, who ended up featuring on the song.

Drawing influences from rnb and pop, Keoni has had comparisons to Chris Brown and Trey Songz. Raised in a musical household, Keoni’s music displays lyrics about love, life, pain and growth. He found his passion for singing at only 8 years old when his mother encouraged him to audition for the school choir.

Keoni is currently finishing his EP and will be throwing a listening party in both Birmingham, Keoni’s hometown, and also in London. The EP features some exciting USA collaborations such as Jada Cachilli who’s known from the Top USA TV Show BadGirls Club and Atlanta based rapper Infinity.

Good Enough was released Jan 08, and is the first single from Keoni’s upcoming EP set for release later in 2016. There will be EP listening parties later announced for Los Angeles, New York and Atlanta.