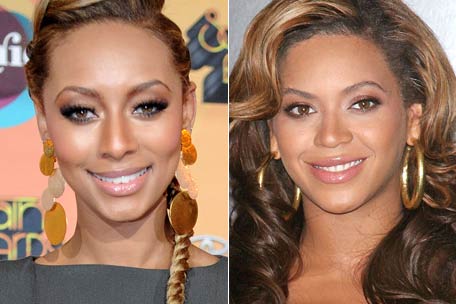 Over the last few years there have been non-stop reports that Beyonce more or less wounded Keri Hilson’s career after a remix of Keri’s hit single ‘Turning Me On’ appeared with concealed lyrics aimed at the singer.

Since then there’s been a bit of conflict between the two songstresses, but Hilson has revealed to HipHollywood that she doesn’t “have any beef with any female artist.”

Hilson was heard on ‘Turning Me On’ saying, “her career is fading, she need to go sit down and have some babies.”  However, the singer has denied that those lines were ever directed towards Bey.

She also went on to express how upsetting all the gossip can be, “I’m human, it’s hurtful, it’s malicious. It’s not ok to just make up false things about someone and their personal life,” she added.

Take a listen below to hear more from Keri Hilson: