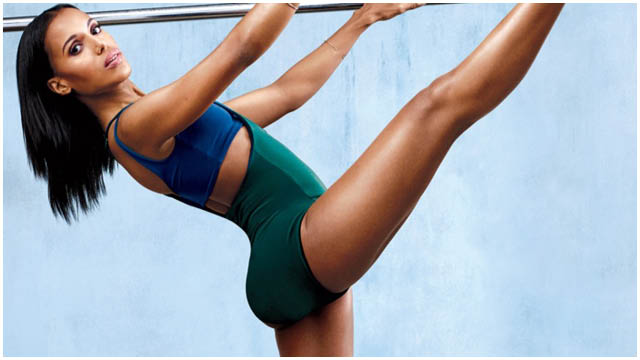 Hit TV show ‘Scandal’ star Kerry Washington is on form for the September 2015 cover of Self Magazine. Are you feeling Kerry’s amazing body? If so then hit the tweet button below and let her know.

Kerry Washington who recently had a baby last year, boasts an amazing physic that shows off her figure in bodysuits and a silk slip shot by Bjarne Jonasson. “I’ve been really focused on not being ‘back’ to anything, but being the best version of myself right now. My body is the site of a miracle now. I don’t want to be pre-miracle.” Read the full interview here and watch the video below.

Watch this on The Scene