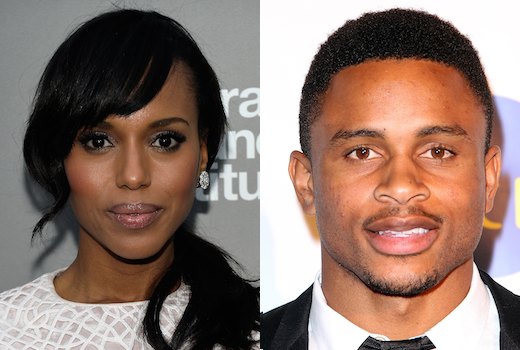 Actress Kerry Washington and her San Francisco 49ers cornerback boyfriend Nnamdi Asomugha have tied the knot in a secret ceremony. According to reports, the wedding took place in Blaine County, Idaho on June 24. Very little details are known, but their marriage certificate states that Kerry’s mother Valerie and father Earl served as witnesses at the secret ceremony. But just days before her proposed nuptials, the actress announced she was taking a break from Twitter. “Tweeples! Im taking a tweet break WHAT?!..Yup! U will NOT hear from me 4 a month, but know that Im thinking of u #Gladiators w/much LUV!” she tweeted. This is the first marriage for Washington, 36, since her last public romance with David Moscow in 2007.

In case you’re still in doubt about this surprise scandal, E! News have released Washington and Asomugha’s marriage certificate. Kerry currently stars in Scandal as Oliver Pope, and she recently appeared in Quentin Tarantino’s Django Unchained. Her other roles include background characters in For Coloured Girls, Little Man and Fantastic Four.