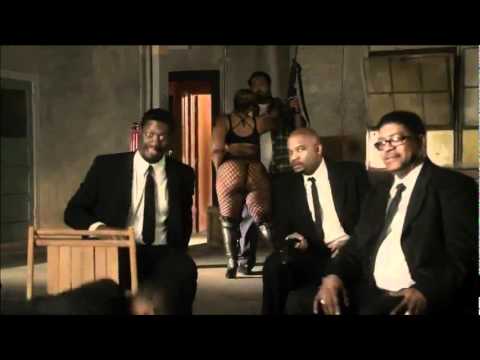 After leaving his day job as a shoe salesman to pursue his dream of becoming a comedian, Kevin Hart has gone on to grace both stage and screen to share his view on the world. Hart has gone on to appear in films such as ‘Paper Soldiers’, ‘Soul Plane’ and ‘Think Like A Man’, travel the US with his insanely popular ‘Laugh At My Pain’ tour, which not only grossed over $15 million, but also sold out the Nokia Theatre, LA, two nights in a row to break a record previously set by Eddie Murphy. So how do you top that? By filming a theatrical version of the tour, at the venue you set a new record in and share it with the rest of the world of course.

‘Laugh At My Pain’ begins with exclusive unseen footage of Hart revisiting his hometown Philladelphia and the people who helped him become the comedian we know today. Centring on Hart’s childhood memories within his character rich dysfunctional family, you can’t help but laugh at the side-splitting scenarios he shares. Whether it’s jokes about his father’s many inappropriate moments, how his bank account is set up, his crazy cousin Al or finding his feet in the dating scene since becoming single again, Kevin doesn’t fail in making you laugh.

This comedy is better than just ‘alright, alright’, and definitely worth a watch. It will see you rolling around in your seat at many an awkward moment and sharing more than just memories, the material is some of his best yet. Hart has undoubtedly confirmed one thing is true, through life’s adventures; the best thing to do with your pain is to laugh at it!

‘Laugh At My Pain’ is on general release in cinemas from Friday 27th April and on DVD release on Monday 4th June.