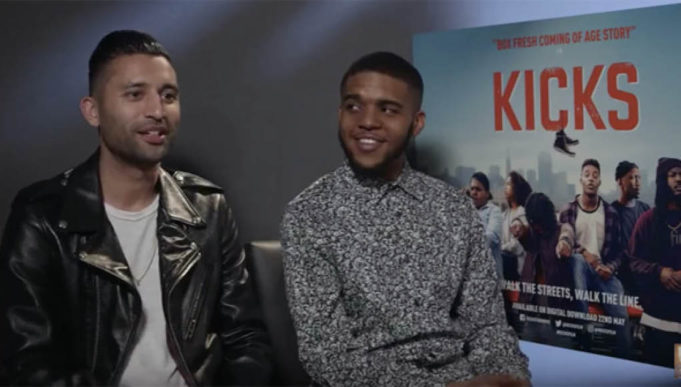 Monday the 22nd of May sees the release of Kicks, an inner-city coming-of-age drama about codes of friendship, masculinity and the fetishization of sneaker culture on digital download.

The directorial debut of Justin Tipping (who earned a number of Awards for his short film Nani), the film has already won praise at the Sundance Film Festival this year and at Tribeca the year before.

The film boasts a strong ensemble cast of young upcoming talent that includes the offspring of Faith Evans and Biggie Smalls, Christopher Jordan Wallace, who played the young version of his father in Notorious, as well as a cameo from man of the moment Merharsala Ali and featuring a knockout soundtrack of both hip-hop classics and Bay Area favourites.

Zehra Phelan was lucky enough to get to spend some time with Wallace and director, Justin Tipping to talk about the film – watch the interview below as well as the trailer.

Kicks When his hard-earned kicks get snatched by a local hood, Fifteen-year-old Brandon (Jahking Guillory) and his two best friends go on an ill-advised mission across the Bay Area to retrieve the stolen sneakers.  Featuring a soundtrack packed with hip-hop classics, Justin Tipping’s debut feature is an urban coming-of-age tale told with grit, humour – and surprising lyricism. KICKS will be available on digital download from 22nd May 2017. Purchase the film via Itunes here