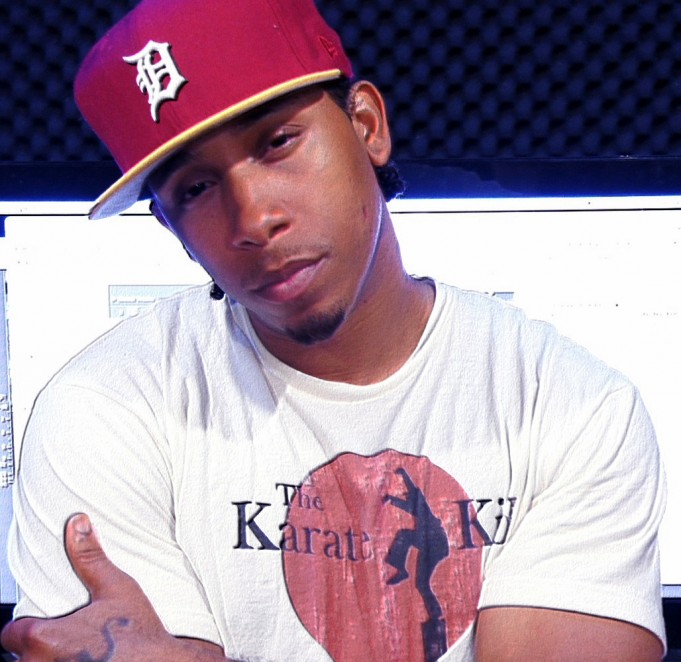 Releasing his new album, Timing is Everything on 22 July, Kid Vishis, aka Rap Genius and younger brother of Slaughterhouse’s Royce da 5’9”, has been working hard in the studio to produce that old-skool hip hop sound for people who miss his groove.

Why is now the right time for you?
When I first started rapping I went from high school to the NBA, no preparation just jumped right in! When you would hear me on mixtapes my rap style was very, very vicious; just focusing on out rapping people, trying my hardest to have best punchline on the song, verse for verse. I was using rap as a form of venting, as opposed to lifting weights or getting into trouble in the streets. It wasn’t that I was so angry, just that I was venting on record.
Now, I’m focused on making songs. My biggest strength is the quality of music I’m putting out that’s my main focus. I’m doing a mixtape right now, I’m gonna drop it very soon, and another album this year as well.

What do you want the world to know about Kid Vishis?
I just wanna set myself aside from the other rappers… make it more so about somebody who has talent that’s not really focusing on that image ‘bout what they dress and what they drink and stuff like that. It’s a wave going on right now – skinny jeans, swag rappin’, ‘I don’t rap as good but I dress with a bunch of Guccis’. I wanna just take it back to rapping. What is your favourite track on the album?
My favourite song is the Big Brothers record. I haven’t had a chance to yet to get too personal on records. My brother (Royce) inspires me through the music and the person he is. We have a similar story, but are different people – it’s a different viewpoint on things from where I’m standing.

I did an interview and they had some negative things to say because I wasn’t doing the same music pattern as Royce. That was their interpretation of how my life should be. I’m heavily inspired by him (Royce) as he basically taught me how to do it (but) I’m making the type of music I like to make, so my story will be different, but still very entertaining from my angle.

Look at all my Shit is in your face! – It’s a concept on record. The message is: people on Instagram and Twitter, flashing money showing all their possessions and letting people know where they are, cos that’s a trendy thing to do. There are people on the internet looking for what you have, they wanna come and take it from you, so just be careful! If you’re prepared for it, then live your life.

Describe a typical day in the studio…
I start the day with an energy drink to get the wheels turning, listen to the beat super loud; pace around, write stuff, talk to my brother for minute, put the beat back up.
Once I get in the booth, it’s weird, I’ll be nervous like before a show… that anticipation, I wanna do well, I can’t wait to get on stage… its almost the same feeling going into the studio. That anticipation just knowing that everything in that booth is gonna go my way. It’s the love for hip hop and making good music. What music inspires you?
Besides old skool hip hop, I like to listen to old school classical soul, blues and jazz from time to time. It’s a different kind of inspiration – it inspires you to move people through emotion and make them relate to your story.

What advice would you give to young people trying to make it in rap?
To remember hard work and dedication; you have to dedicate everything. I’d take a rapper with a big work ethic over a rapper with talent. He can be moulded into the ultimate MC cos the hard work already covered; whereas the guy with talent everybody telling him he so good, he’s not in the studio with much. So, stay in that studio, stay working; keep it cooking, keep your brain moving… you need to always work on your craft!

Will you be coming to the UK?
That’s the plan! Seven 13 Entertainment are in talks for a UK tour and a Canadian tour. I want go to every place in the UK that will have me. Every time I come to London it’s always a very electric response. I love the vibe of anyplace that has a genuine love for hip hop.

Kid Vishis has promised to let us know when he’s coming to the UK. Until then you can reach him on twitter @KidVishis; @Seven13Music and on Instagram (KIDVISHIS).

Check out his audio track, Heaven on Soundcloud

Watch Talk Behind My Back

The new album, Timing is Everything is released July 22nd on Seven 13 Entertainment and is available to pre-order with signed copies from the label at www.seven13ent.com