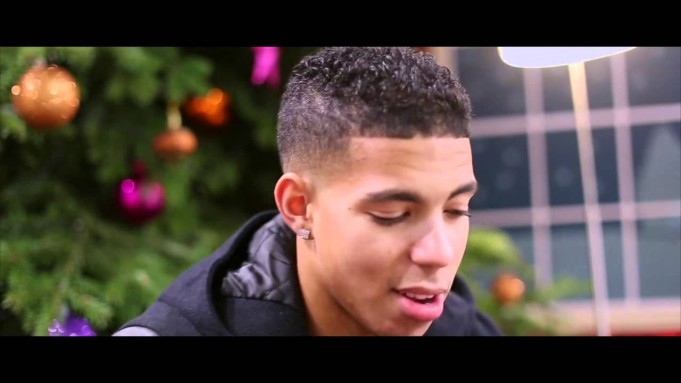 You may remember last week us introducing to you new and upcoming artist Kieran Alleyne, well here we have a second exclusive Christmas exclusively to Flavour where his fans may go a bit crazy as I know he has quite the following on social media.

It’s just one more sleep until Christmas, so get your party clothes on, mince pies and enjoy the festive season! Merry Christmas and enjoy this wonderful Justin Bieber cover as you might be surprised for whats to come for this talented star!

Last weeks exclusive cover
Here we have an exclusive Christmas cover that you don’t want to miss out on by upcoming artist Kieran Alleyne who has started singing from the age of 8 and from then he has starred in the Michael Jackson musical “Thriller’ at 13 for two years and toured around Europe.

After having great covers on youtube, Kieran started to get noticed over in America with his cover of Rihanna’s ‘Stay’ and was then in talks with Max Gousse and Artist Ent who have signed the youngster who not can only sing, but he dances, does flips, free runs, plays guitar, plays Basketball and pretty much everything has time to do, this kid is talented!!

Kieran is often described as the UK version of Chris Brown, but this is the first for him and has a big future ahead of him!!

These covers are incredible and will be sure to get you in the mood for the next 6 days to come, so lets party!!