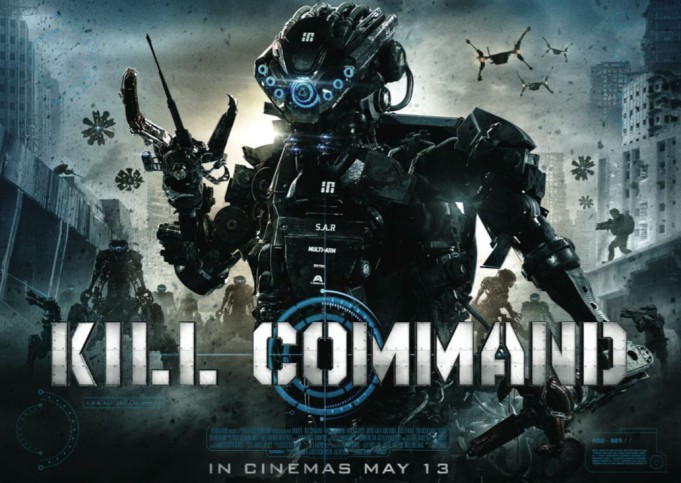 As far as Sci-Fi thrillers Director Steven Gomez, better known for his visual effects work with The Cannibal in the Jungle than as a director, hasn’t delivered anything of any note with Kill Command. Basic viewing at best only describes the latest in an over saturated market.

Kill Command goes straight in for the kill, there is no build up to this story. An Elite Squad of highly trained Marines are sent to a remote island for a routine training session. Headed up by Captain Bukes (Thure Lindhardt) and accompanied by a tech specialist, Mills (Vanessa Kirby) who is a puzzling coder whose brain is interfaced with a computer. The squad have almost a racist attitude towards Mills and find it difficult to trust her making her the outsider of the group.

Cut off from the outside world, all connection lost, the team finds themselves deep in a forest at the mercy of the elements but in high spirits. Very quickly it becomes evident that the squad is on a far from routine exercise when they become the targets of extremely advanced military robots. It takes a while but it soon unfolds that the squad was right to question Mills trustability.

When it’s revealed the commanding robot has a defect, its main aim to kill at all costs, the team find themselves in a fight for their life. The only person who can stop these killer robots is Mills but knowing nothing about her can they really rely on her to save them from their certain deaths.

Even though at times Kill Command is at times intriguing there really is no substance to this whole story, the plot is thin, and the storyline goes straight to the killing spree. It consists of nothing but gunfights between the humans and the robots with just a slight touching of relationship building between certain members of the team. Character development is nonexistent and no background is revealed for our female protagonist.

KILL COMMAND comes to cinemas and is available in the Sky Store from May 13.