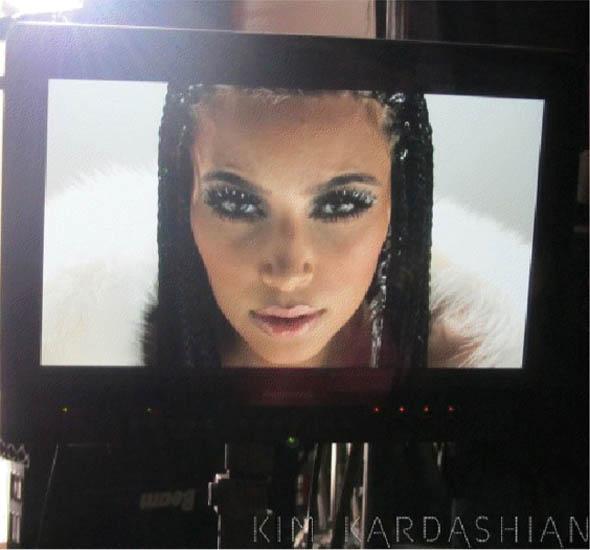 Kim Kardashian is arguably the most famous reality TV star in the world. Known most famously for a sex tape with R&B singer Ray J and her reality show with family called Keeping up with the Kardashians.

But now the shapely star has moved beyond the confines of the camera and the fashion world to bravely dabble in making music. Her new single ‘Jam’ dropped yesterday on March 2nd 2011.

The upbeat dance track was produced and written by singer-singwritter The Dream. Despite the mixed responses to Kim’s new track, it should be noted that her heart is in the right place as sales from the song will benefit a long standing charity. The beauty tweeted just before releasing the song to the public, ‘OMG about to debut my new song JAM on @RyanSeacrest! The song will go up on itunes, proceeds going to St. Jude’s Children’s Research Hospital.’

Below are sneek peak pictures from the Music Video and behind the scenes.