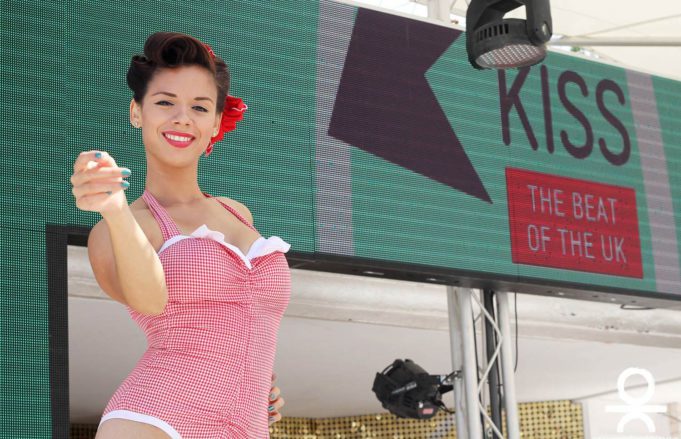 KISS Does Summer 2016, club nights in the hottest beach and city destinations. Get your tickets now for the biggest events in London, Bristol, Cardiff, Marbella, Ibiza, Dubai + more.

KISS Does Summer 2016 will see the KISS FM crew hit the road to bring you the biggest and best events and club nights featuring all of your favourite KISS DJs taking in cities London to Bristol and Cardiff, as well as beach party hotspots Marbella, Ibiza and Dubai.

The infamous KISSTORY club night sound brings you all the legendary Old Skool and anthems that you hear 24/7 on the KISSTORY radio station, straight to the club. And if that wasn’t enough, KISS will be at some of the biggest festivals this summer including Sundown, SW4 and WE ARE FSTVL, Bestival on the Isle of Wight, plus shows at Westfield London and Butlins.

KISSTORY kicks off the season with a brand new pool party at Plaza Beach in Marbella with DJs including Rickie & Melvin, Shortee Blitz, Steve Smart and the Dixon Brothers hitting the decks right through to September for an exclusive 12 date residency.

Over in Ibiza, Majestic, Pioneer, DJ MK and Billy Da Kid are just a few of the KISSTORY DJs who’ll be spinning the tunes for 17 dates as part of a second year residency at Ocean Beach. You can trust in KISSTORY to kickstart your day in the sun as the pool parties get going from midday every Tuesday.

If fresh hits from KISS are your thing, join DJs Charlie Hedges, AJ King, Tinea and others throughout the summer for KISS Presents Sunday Pool Parties at BH Mallorca.  KISS DJs will be playing some of the freshest Dance, R’N’B, House and Hip Hop hits while you soak up the sun.

Staying closer to home, KISSTORY will continue to dominate the club scene across the Summer from Building Six in London, SWX Bristol and Glam in Cardiff.  Resident KISS DJ’s Swerve, Mike Delinquent, Justin Wilkes, Wideboys, and more will be in the mix spinning all the biggest old skool and anthems.

KISS is also helping to make the summer of 2016 the best yet, by offering three lucky winners the chance to win £500 towards their summer activities simply by posting a picture or video using #KISSDOESSUMMER.