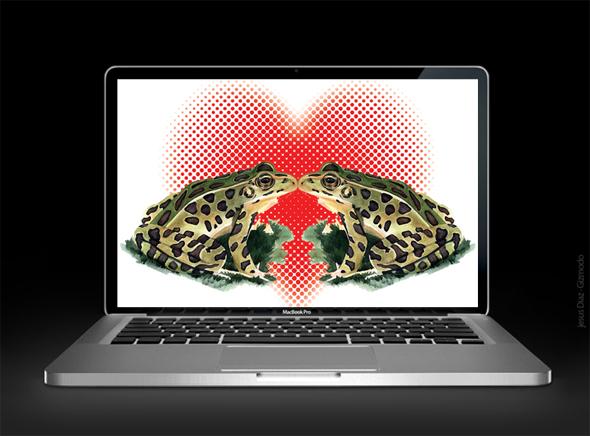 Until 2 days ago, I would have thought there were few things more excruciating than walking into a bar and presenting yourself to a complete stranger for his analysis on your level of attractiveness/girlfriend potential. I have since realised that there IS something more embarrassing than that and that’s walking into a train. Literally.

I’m Zowie Edwards, and I have an almost-perfect life. I have a great job, amazing friends, a wonderful family and a mouth a little bit like Angelina Jolie’s. Yet still, I mark the end of each day by ‘starfishing’ to try and fill the empty space in my king-size bed, whilst clinging on to Lionel, my fluffy panda (that’s not a metaphor, by the way). I’ve decided it’s time to get proactive in my search for Mr Right and joined an online dating agency. Eugh. Even writing those words is enough to make me question my own sanity. Friends have told me horror stories of bogus profiles and cringe-inducing blind dates and yet, as the Lottery advert declares “you’ve got to be in it to win it”.

Half an hour of profile-perusing later, I’m vaguely hysterical. If I read ‘I like socializing’ one more time I will throw my PC out of the window and scream like a banshee. Only a very strange person indeed would not enjoy ‘socializing’ (by definition it’s what you choose to do in your spare time) so I discover precisely nothing about the person in question. Other guys seem to think listing the countries they have been to/would like to go to constitutes an insightful comment on their character. The pictures which accompany these sorts of profiles are usually ‘here’s-me-partaking-in-a variety-of-wholesome-outdoor-activities-to-show-what-a-rounded-individual-I-am’ shots. Then there’s the dreaded pouting. Glamour models have a lot to answer for. Now the ‘half sexual invitation, half glower’ pose has taken off in the male of our species.

Of course, you’ve always got the men who post hundreds of pics of themselves being all ‘mental’ with groups of mates – wielding bottles of beer, sticking their tongues out or falling about in the street to convey how ‘fun’ they are. Yawn. Profiles which state ‘I like a woman who looks after herself’ are immediately dismissed as being written by superficial morons. While ‘I want to treat you like a princess’ conjures visions of some smother-some bore-bag who will chain me to the kitchen sink and veto my mates.

Finally, I settle upon a profile that doesn’t seem to have been written by a complete lunatic. He clearly doesn’t take himself too seriously and uses a tongue in cheek tone throughout. He’s into music in a big way and lists some achingly cool bands he’s currently ‘feeling’. Score. I arrange a date for a couple of days later, blissfully unaware it would ultimately result in what shall henceforth be known as ‘the train incident’. Check out next fortnight’s column for the full story.