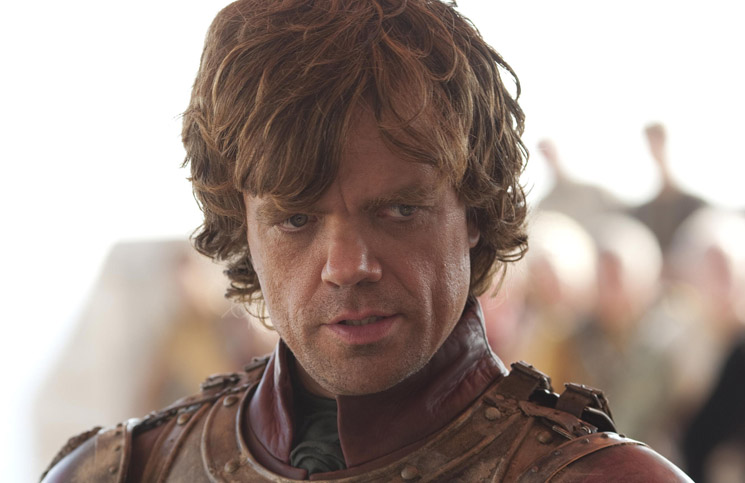 Where it all began

Peter Dinklage was born in the historic town of Morristown in New Jersey on June 11, 1969. His mother, an elementary school teacher, and his father, an insurance salesman, Dinklage was raised in Mendham Township, New Jersey, where he attended Delbarton School before going to Bennington College in Vermont. He graduated Bennington College with a degree in drama. After receiving his degree, he moved to the UK to begin his studies at the Royal Academy of Dramatic Arts in London, and the Welsh School of Music and Drama in Wales. He wrote his own play, entitled ‘Frogg’ and starred in several off-Broadway productions. His film debut came in 1995 with a roll in Tom DiCillo’s independent comedy, ‘Living in Oblivion’.

Overcoming obstacles
Standing four feet, five inches tall, Dinklage, now starring in Game Of Thrones Season 4, was born with a form of dwarfism called achondroplasia, where the body is perfectly formed but the longer bones in the arms and legs don’t grow long enough. Both his parents and his older brother John are of average height. Speaking about his short stature in an interview, Peter says “When I was younger, definitely, I let it get to me. As an adolescent, I was bitter and angry and I definitely put up these walls. But the older you get, you realise you just have to have a sense of humour. You know that it’s not your problem. It’s theirs.”

Successful Career
Peter’s positive attitude has lead him to an impressive career; appearing in thirty-nine feature films over a twenty year period. During this time he has also appeared in fourteen different television shows, including appearances in Seinfeld, Nip/Tuck, Family Guy and the HBO show, Game of Thrones. He has made a big name for himself in the hugely successful Game of Thrones since it began in 2011. Based on the series of novels by George R.R Martin, Dinklage plays a witty character, Tyrion Lannister, an imp. His character has a great mind and plenty of political savvy, which allows the character to thrive in a world that is less kind to those who are perceived to be of limited physical ability. Peter won both an Emmy and a Golden Globe award in 2011 for Supporting Actor in the Game of Thrones series.

Vegetarian and activist
Dinklage became a vegetarian in his teens and remains meat free. His reasons were because of his love of animals and, as he says himself, “also for a girl”. He has continued to stay with a vegetarian lifestyle through his great respect for animals. Animal abuse is something he finds “pretty upsetting” and he is an advocate of Farm Sanctuary, an American animal protection organisation, which promotes laws and policies that support farm animal welfare. He has served as the spokesperson for the organisation’s Walk for Farm Animals.

Family and the future
Dinklage lives in New York City with his wife, Erica Schmidt, a theatre director, who he married in 2005. The couple had their first child, Zelig, in 2011. With Game of Thrones Season 4 currently airing, and the show renewed for a fifth and a sixth season, Peter’s career is set to continue to rise as the popular show gains more and more momentum.