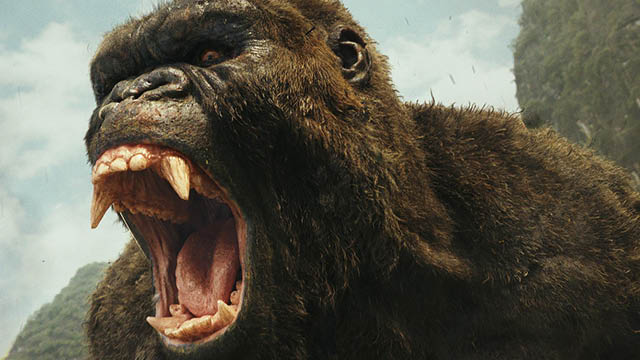 In addition, take a look below and see for yourself, while you witness the power of Kong: Skull Island with a 360 experience. You can move the curser on the arrow keys in the top left hand side corner of the video below and see Kong in all his glory.

We are looking forward to seeing Oscar winner Brianne Sidonie Desaulniers known professionally as Brie Larson, who is currently in the news for NOT clapping as Casey Affleck won the Oscar for best actor for Manchester by the sea. The American actress, director, and singer who was born in Sacramento, California, was home-schooled before she studied acting at the American Conservatory Theater. Now she’s on the big screen as has been seen in ‘21 Jump Street‘, ‘Scott Pilgram vs the World’ and more.

Now’s let’s get back to Kong: Skull Island which reimagines the origin of the mythic Kong in a compelling, original adventure from director Jordan Vogt-Roberts. In the film, a diverse team of explorers is brought together to venture deep into an uncharted island in the Pacific—as beautiful as it is treacherous—unaware that they’re crossing into the domain of the mythic Kong.

The premiere live stream start at 6.30pm UK time and you can watch it below:

If you haven’t already then here’s the trailer to get you in the mood:

And this gallery of images shows the quality of photography in the movie and Brie Larson shooting a flare gun!!!