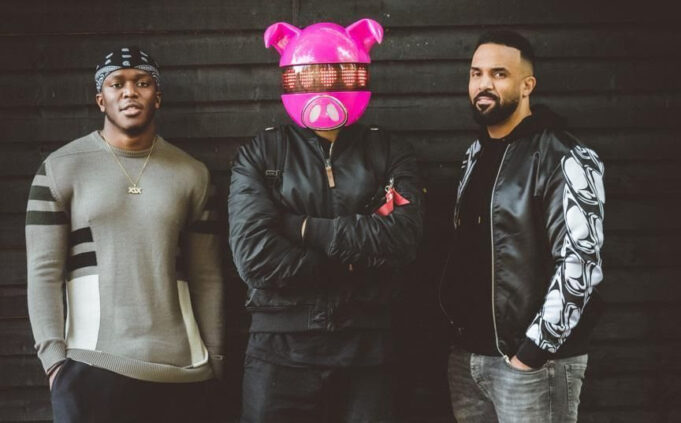 You may know Olajide William ‘JJ’ Olatunji (known by all as KSI) from youtube but the 27-year-old is a musician in his own right.

Long before YouTube offered a clear path to success, he dropped out of college to pursue his channel full-time; seven years later, KSI was one of the platform’s most successful creators (30 million subscribers and a staggering 6 billion views and counting).

Talking about his new track, KSI tells us:

To say I’m excited is a complete understatement. I’m still in disbelief. I’m working with Craig David, a childhood hero of mine. Absolutely unreal. The song we’ve made together is really gonna be a winter anthem. Big shout out to Digital Farm Animals for making the beat and truly making this song a hit. I can’t wait for everyone to hear it. I’m always here to prove people wrong, and this is another example.

In a world exclusive, KSI, Craig David and Digital Farm Animals will perform ‘Really Love’ on ITV The Jonathan Ross Show on 31 October from 9 pm. They will also take to the stage at this year’s virtual KISS Haunted House Party where KSI will be joined by friends S-X, S1mba, Nathan Dawe and Ella Henderson.

‘Really Love’ is out now on all platforms