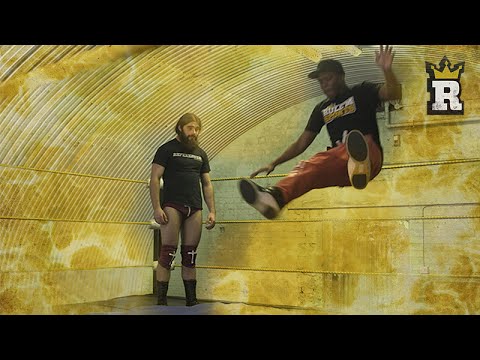 Olajide “JJ” Olatunji aka KSI learns how to wrestle or should we say avoid being wrestled in Rule’m Sports.

The king of gaming has launched an insane campaign to invade the world of sport. He’s put down the control pad and got off his gaming chair for the ultimate challenge – to beast 5 sports in 12 months. In comical effect, KSI learns the basics of wrestling. Watch the videos below and don’t forget to subscribe to https://www.youtube.com/channel/UCaMaKqlQl3XrQNh5Fysf0rQ for more insane videos.