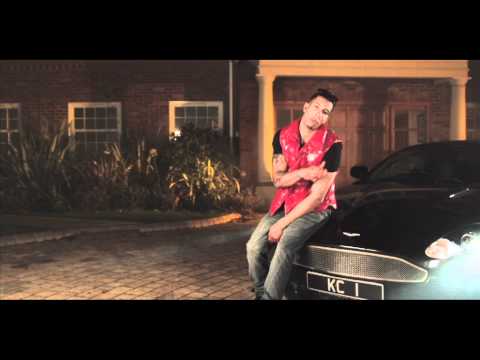 Aptly nicknamed a ‘triple threat’, Kurt Collins is the singer, producer and song writer to keep an eye on in 2011. He makes no secret of his intention to make a lethal impact, by challenging the boundaries of conventional music, introducing pioneer music and personalising all this with his own innovative and unique style! Set to release his new single ‘Money Ain’t Everything’, Flavour teamed up with Kurt Collins to talk about his plans to dominate the music scene, money and Kryptonite.

The last time Flavour spoke to you, you were promoting your single ‘Cloud 9’. What has Kurt Collins been up to since then?
I was still finding myself as an artist when Cloud 9 dropped in 2008, so I went back to the drawing board. Over the last year, I have worked with some of UK’s biggest producers, touring, (as part of ‘fast lane recordingz’), creating awareness and building up my fan base. I have created a new sound, which I would describe as an oxymoron: Hard but soft! It is a combination of the hard element of music (Grime, Hip hop), with a commercial twist, (Pop) to create that even balance.

You teamed up with Northstar rapper, Young Spray, for your new single ‘Money Ain’t Everything.’ Tell us a little about it.
When my manager ‘W’ approached me with the concept, we agreed to use it as a video for the road, to get a bit of hype. Once I’d worked on the melodies, we hollered at Young Spray and he was feeling the track, so we made it happen! In regards to the video, we worked closely with Director Antoine, (Mastermind Media), to come up with a story board to show two contrasting walks of life.

I loved the lyrics in this single, but seriously, if you did not have the funds to take a girl out, would you expect the girl to ‘be there or stay clear?’
I don’t want to sound shallow, but money does make the world go round. I know what it’s like not to have money and I think if I didn’t, I wouldn’t be able to be an artist, make music or take girls out. Girls like to be independent, but a guy should be able to take care of their woman by taking her out to eat, as well as treating her to a nice holiday.

As an established artist, you’ve performed at Notting hill carnival, Alexandra Palace, 101 rooms, Hackney Empire, amongst other top venues. What has been the highlight of your career so far?
I love the adrenaline rush I get from performing and give every show the same energy and attention. There have been many moments that I’m proud of, but I would love for everyone to be able to hear the music I make. So ask me that question again when I win a Mobo or another award. (laughs).

What can we expect from your up-and-coming album?
I’m currently releasing singles, but I am looking to drop an album at the end of the year, which will include all the singles that I’m putting out this year (‘Money Aint everything’, ‘Superwoman,’ and ‘Top of the World’).

Looking to the future, is there any artist you would like to collaborate with?
I would love to collab with Wretch 32, I think he’s a creative artist and a great lyricist. I would also like to get together with GIGS, Scorcher, Chipmunk and Jessie J.

I love the amazingly detailed tattoo on your right arm. With the keyboard/musical notes, I’m guessing that it was musically inspired?
Some people look at tattoos as a fashion statement. My tattoos are all to do with music. My life is music, so I put that on my body. They remind me where I came from and where I intend to go.

As a versatile and multi-dimensional artist, you have been described as a ‘triple threat,’ but just like superman has kryptonite, we all have our weaknesses. What is yours?
GIRLS! I can handle them, but they can take you off your game sometimes. I’m not a player, but if I was on route to a studio session, I could be slightly distracted if a boom girl showed some interest. (laughs)

If you were given three wishes for 2011 by the special ‘Flavour Genie.’ What would they be?
Easy! To make my name/talents world recognised, be successful in everything I do and to own an Audi R8, so I can stunt on the gal dem.

Look out for his single ‘Money Ain’t Everything’, out soon