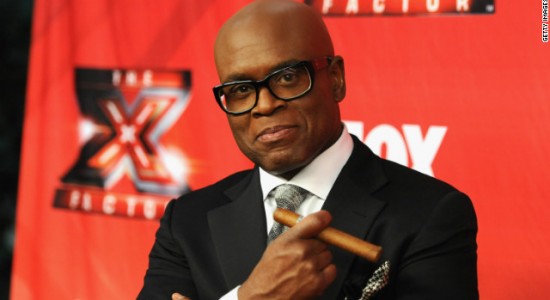 The X Factor loses somebody every week, but normally it isn’t one of the judges. L.A. Reid is set to leave the show after season two, which means he won’t be returning in 2013.

“I have decided that I will not return to ‘The X Factor’ next year,” he tells The Hollywood Reporter.

He also added: “I have to go back – I have a company to run that I’ve kind of neglected.” The music mogul, who has been a judge on the show since its launch, plans to return to his job as chairman of Epic Records.

Reid was the very first judge employed by Simon Cowell in 2011 and was the only person to remain after Season one which saw the departure of Paula Abdul and Nicole Scherzinger.

It is still unknown if fellow judges Britney Spears and Demi Lovato will stay on for season three. Hear more below from Reid on his exit, including who he thinks should take his place at the judges’ table.