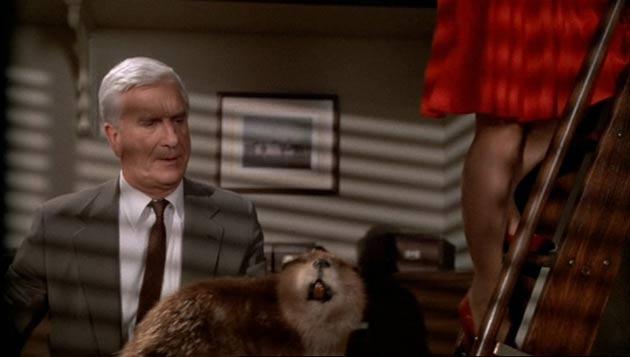 We love Netflix. It’s like one big cinema where the listings are endless, you don’t have to wait for screen timings, and best of all there are NO TRAILERS! What better way to spend an evening.

In fact we think the term ‘Netflixing’ may even make it into the Oxford English Dictionary in the near future.

A lad’s night in isn’t complete without a bit of streaming, we could down the four top movies for men to kick back, crack open a beer, and while away a few hours (or in The Wolf of Wall Street’s case three)…

The Naked Gun: From the Files of Police Squad! Starting someway off The Wolf of Wall Street, The Naked Gun is one of the best films on Netflix surely (And don’t call me Shirley). There’s no finer spoof, and to this day, some 27 years on, it’s still a class above most comedies to hit the silver screen.

It’s the bachelor party every man dreams of. A trip to Vegas. The strippers. The parties. The gambling. We’ve practiced online in the free casinos ready for our best man to take us to Sin City. For most of use however, that’s not reality, but for Nathan that dream came true with Z-Bob (Kal Penn) organising a weekend of debauchery in Las Vegas.

Of course it doesn’t quite go to plan, but without giving away spoilers, they run into Hell’s Angels, prize-fighters, and a female Elvis impersonator, in a funny, at times crude, and outrageous 90 minute picture.

The Wolf Of Wall Street

There aren’t many films that are three hours long and a thrill a minute, but then again there aren’t many directors like Martin Scorsese. Based on the memoirs of Jordan Belfort, The Wolf of Wall Street sees Leonardo DiCaprio produce an Oscar-winning performance (despite not actually getting one), and is a film of decadence and crime mixed into a billion dollar world.

Don’t be put off by the length of the movie, it never drags, and mixes drama as well as humour, with Matthew McConaughey’s role as Mark Hanna a particular standout. Cameron, his best friend said that. But that could have been anyone apart from his headteacher Ed Rooney, because let’s face it, Ferris Bueller is a hero to everyone.

A cult 80s classic, the film sees Ferris (Matthew Broderick) bunk off from school for the day to hang out in downtown Chicago. He drives a Ferrari, sings in the Von Steuben Day parade, and poses as Abe Froman, the sausage king of the Windy City.

It would easily feature in any top 80s films, and is a comedy everyone can relate to in the constant struggles of being a teenager.