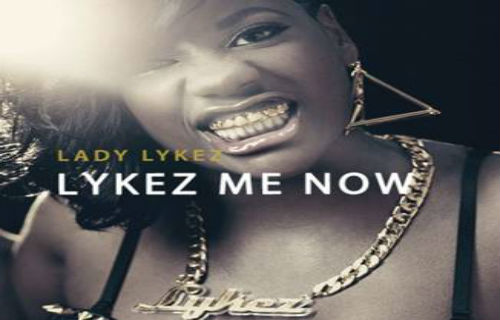 Female rapper Lykez is a phenomenal UK artist, her distinctive lyrical style and clever use of words, alongside her innate ability to command a stage and captivate an audience like a seasoned veteran, make her a serious force to be reckoned with!

‘Lykez Me Now’ is the debut release from this feisty female, and features a collection of 6 tracks.  The ‘in your face’ lead track ‘Ain’t Even Nothing’ grabs you by the shoulders, and gives you a good shake to make sure you are paying full attention to the lyrical blasting coming through your speakers.  And now we’ve got your attention…

Stand out freestyle track I.T. showcases Lykez’s lyrical wittiness as she plays on words cleverly using computer parts for sexual innuendos.   After exploring a darker edgy side on ‘I’m A Producer’, she follows on with ‘Not Your Hair‘, and the remix on which Lykez brings together the cream of UK female MC talent on one track, and joins forces with Leshurr, Lioness and Stush on the hilarious and female empowering take on hair weave and extensions.  The E.P. signs off with the uplifting ‘Sky’s Not the Limit’.