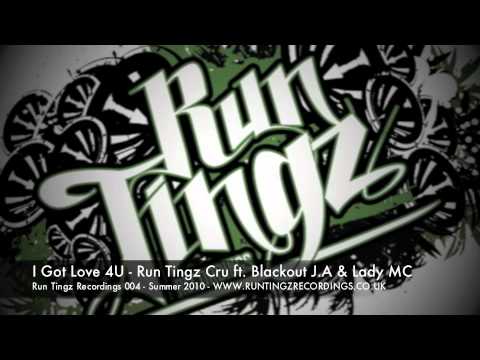 Lady Mc is one of the most highly regarded and hardest working artists in drum & bass, she is now the proud winner of the well deserved Best Female MC at the 2012 National Drum & Bass awards. Alongside her efforts to stay on top in the D&B game, Lady Mc runs the London Urban Arts Academy an award-winning non-profit organisation created to mentor, help and develop young and up-and-coming artists in a wide range of areas; from songwriting, lyrical skills, vocal coaching, recording and performance techniques. Her talent and knowledge gives her the opportunity to bring out the best in the young people and award accredited qualifications to its students.
Check out her interview with us…

How does it feel to be the winner of the D&B Awards?
Its an extremely humbling feeling to be voted by the public as that’s who its all about. For 4 years I have came 2nd so to finally get the 1st place award is an honor. D&B is such a massive genre worldwide and to be one of the first female MC’s I found it very challenging, to be finally recognised officially is an amazing feeling!

How did you celebrate?
Well, funny, I haven’t really, its been back to business, I have been very busy with the academy and my music. I wish I had time to celebrate. I have decided that myself and my girls are going out on the 17th March so that will be the official celebration date.

Who was the first person you called, texted, tweeted etc to share the good news?
Well, I actually found out the week before hand, the awards ceremony was in Birmingham so I probably wouldn’t have attended otherwise. The first person I called was my mum, who was over the moon for me as she has seen and experienced the whole journey with me, the ups and the downs! After the event, I immediately tweeted it and put in on my Facebook and the response was very overwhelming, so much love, so I’m very grateful for all the support.

How did you get into music? and why drum and base?
I started to write songs as early as nine years old with my Dad (RIP) who was also a musician so that’s where I feel it came from. I actually featured on a TV show at aged 11 called Top Banana which was a childrens TV show where different classes from schools would compete against each other in a number of activities, one of them was to perform a song, I actually wrote the song, our theme was ‘Rapping Witches’ (laughs) and our song won the prize! That was the start of my creativity I suppose. Growing up in a challenging childhood was difficult and I used my writing to express and release. I started going out raving at a early age and it was Jungle music that I loved, I watched many MCs and before I knew it I was asking for the microphone and performing in front of hundreds of people. I got my first residency in 1996 at Club Labyrinth and the rest is history.

‘Be positive, beleive in yourself, stay true to your values’

Which artists in the music industry are your main inspiration?
I’m always asked this in interviews and to be honest, I don’t have one in particular but if we are to go back to who I admired in the early days I would have to say Salt N Peppa they’re strong and determined women. As for D&B I absolutely love Jenna G, she is not my inspiration but she inspires me, she sings, she raps and presents on BBC 1Xtra. Miss Dynamite is super talented and Estelle in her early days, I loved her flow and style.

If you could work with one artist in the world, who would it be and why?
Damian Marley because his message is so powerful, conscious and inspires people to be righteous. To be able to work with him would be a perfect match for me, lyrically.

What advise would you give to people trying to make it in the industry?
Well, firstly, its not as easy as you may think. Research the genre or scene you are aiming to make a mark in. Know it inside out, find out what works or doesn’t, try to talk to people who have experienced it, find a mentor and appreciate that person. Master your art, practice, practice and practice some more. Learn from yourself, if you’re a DJ or a vocalist listen to your recordings and establish what sounds good and develop it further. Set yourself realistic and achievable goals with milestones so you can monitor your progress. The most important points you are your worst critic. It is always going to be you, which is not always a bad thing, it helps you to be the best at what you do. That’s the only person that matters! Do not listen to any negativity from other people, positive criticism is essential, so be open to listening to those who care about your progress. Be positive, believe in yourself, stay true to your values and why you wanted to do music in the first place.

What can we expect from you in the near future?
Oh yes, lots! I have a release out at the moment called ‘I Got Luv For You’ on Run Tingz Recordings which can be downloaded from Juno, I have a few release dates to be confirmed and lots of gigs and everything is on my website www.lady-mc-co.uk

Any last words?
Thanks to everyone who voted for me, has supported me and thanks to Flavour for the opportunity!