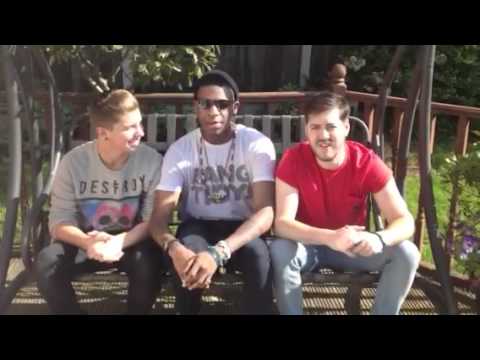 They were the controversial band that came fourth on this year’s Britain’s Got Talent. Despite the performance of their own original track ‘Lovesick’ causing a stir when it was revealed that BGT producers approached the band before the competition, whom already had a well built up fan base. The boys are back and have just signed a one-album contract with Simon Cowell’s SYCO label.

Essex lads Eddie Brett, Sonny Jay and Te Eugene today revealed about their signing worth £500,000, making them the fourth act from the sixth series of BGT to be signed by Cowell. It doesn’t come as too great a shock considering the positive feedback he had given them whilst on the show, likening their sound to that of British ska band Madness.

However, this isn’t their first sign of success, the boys won The Jack Wills Unsigned Competition 2010. Whilst YouTube videos of their performances on BGT have accumulated more than 6 million views.

Their debut single is likely to be released later on this year. Follow them on twitter @LoveableRogues.