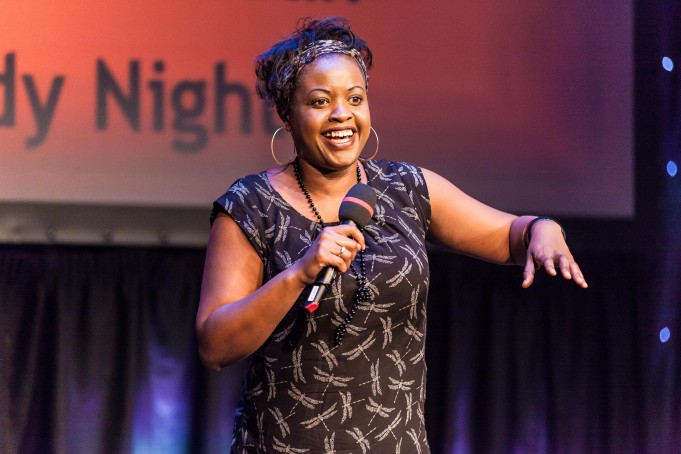 BBC Local Radio and BBC Radio 1Xtra have teamed up to present a unique celebration of African-Caribbean Comedy in Birmingham on Friday 29 January.

The event, which takes place at the Midlands Arts Centre in Cannon Hill Park, will be hosted by BBC Coventry & Warwickshire’s Breakfast presenter Trish Adudu and Comedian Kane Brown.

Celebrating the comedic talents of established artists and emerging new talent, the line-up includes Brummie – Annette Fagon – who was nominated as Best Newcomer at the 2006 Black Entertainers Comedy Awards and was runner up in Midlands Stand-up in 2007. Annette is a bold, brash, Midlander whose no-nonsense delivery has won her admirers across the country.

Neila Butt, Editor of Specialist Programmes for BBC English Regions, said: “This is the second African-Caribbean Comedy night that we have organised. The first one, which took place in London in 2014, was so successful that BBC Radio 1Xtra reached out to us for a collaboration which we decided to bring to Birmingham.”

“We chose Birmingham as it’s one of the most culturally diverse cities in the UK, a fact which is reflected in many of the region’s strengths. We wanted to celebrate this diversity as well as giving our Midlands’ audiences a chance to be a part of the fun.”

Highlights of the show will be broadcast on BBC Radio 1Xtra and BBC UK Black Programmes across BBC Local Radio on Monday 1 February from 9pm and will be available to view on BBC iPlayer and bbc.co.uk/ukblack on Sunday 31 January from 8pm. “African-Caribbean Comedy is thriving across the UK and audiences can expect a fantastic show as we continue to broaden the diversity of our artistic and cultural output, bringing original material to both national and regional audiences.”

Details of how to register for tickets for the event are now live via the BBC Shows and Tours website: http://www.bbc.co.uk/showsandtours/shows/1xtra_elr_comedy_29jan16