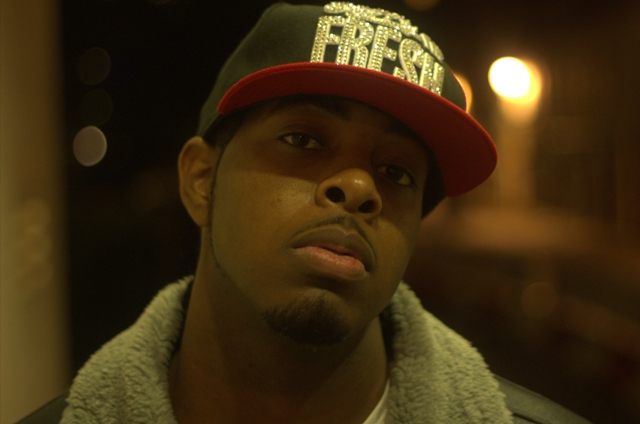 Lay Z is a grime MC affiliated with BBK. He has recently just dropped his Lobster EP which is 9 tracks deep and features Scratchy from Roll Deep, P Money, Footsie from Newham Generals and more. Shireen from Flavour talks to him about the EP, how he met BBK and started to make music with them, Lord of the Mics and what other projects are in the pipeline. For those who don’t know about you tell us how you got into music and became affiliated with BBK?

I always knew JME and I always knew Shorty because they went to my school even though they’re older than me I knew them as bredrins. Skepta went to my school but he was a lot older than me, when he was in Year 11 I was in Year 7. As me and Frisco got closer he brought me round them lot, because I already knew them we already had a friendship anyways aside from music. That’s how we started and got close, we just did more together as bredrins and then the music came into it. We made tunes together, went studio more. I’m not in Boy Better Know, there’s 7 MC’s in Boy Better Know, that’s the frontline. I’m the Boy Better Know family, that’s my family.

As a group how do BBK function and work together?

As a whole how well do you think the grime scene is doing and what do you think about the current state of it?

I think it’s good, it’s more professional now, its more business minded. It’s not really just about I just want to get my tune out now, I just want to make a tune and just let everyone hear it on the radio, it’s actually I just want to make a tune and make money out of it. How can I get it playlisted? How can I get it on TV? Before it wasn’t really looked at like an avenue I can live off. It wasn’t a scene I could make a career out of it, it was more I’m having fun with it, its giving me a little bit of money. There’s elements that’s been taken out because everyone is trying to be so professional. The rowdiness of it has gone; people actually care too much about what other people are going to think. Before grime was a thing where I’m doing it how I want do it, if you don’t like it you don’t like it. I think the way it’s developing it’s got its positives and negatives. Its growing to a wider scale now, it’s more accepted overall, but at the same time there’s elements missing because of that now.

Your new EP is out ‘Lobster’ why did you decide to call it this and tell us about the tracks on there?

I went to a restaurant one time and there was a lobster dish there, and the lobster was about £150 and I was thinking all these people talk about yea they can buy this and that but they can’t even afford the lobster when they go out. I put that in a bar something like ‘‘Every other guy wants to act like they’re balling, but they can’t go Pétrus and order the lobster’, when I sprayed that bar in Rinse one time with all of the mandem, they all went crazy, Shorty, JME, Skepta. Then all of the supporters went mad, I kind of got known for that bar. I thought let me call my EP that. The third track is ‘Come Around’ the single that I’ve just done featuring JME and Shorty. I’ve got a tune called ‘Outside Ting’ which is a bit controversial, but for those that know just know it’s obviously a bar from Lord Of The Mics 3. ‘Highlife’ is my favourite personal tune produced by Skepta and it’s got a guy called Matt Devenport singing, that’s what I’m banking on to be my proper single.

You seem to have a lot of features on the EP, who do you decide who to work with?

I decide to work with people simply if I rate you. I wont work with you if I don’t personally rate you. I’ve got a tune called ‘Another MC Gone’ which is the last track it features Scratchy from Roll Deep, P Money and Kozzie, all three of those MC’s I rate. I like MC’s that are not big headed and gassed over themselves. Footsie is a legend to me so when I had the chance to do a tune with him I jumped at it because it’s a dream come true. Them guys Footsie, D Double, JME, and Skepta they’re all inspirations for me growing up trying to write my lyrics.

After the EP I’ve heard you’ve got a lot coming out with your brother Solo 45, can you tell us more about this.

Solo he’s got his own project coming out ‘Phantom Addition’, me and him we’ve got a tune coming out that’s going to be on that, which is a very big tune. We’ve got another tune after that a single coming out hopefully next year. All I can say is it’s going to be massive, it’s going to cross the borders, it features another artist from Roll Deep and its got a signer on the hook.

Your also working on an EP with Frisco what’s going on with that?

Me and Fris started working on an EP about 6 months ago, we started a few tunes. The supporters have been asking for one for a very long time, so we thought lets do it. We didn’t want to rush it so were taking time with it, whenever it happens it happens. It’s definitely going to happen next year 100% it will be out.

Lord of the Mics is approaching, what clashes personally do you think will be interesting?

There’s JayKae and Discarda that clash is probably going to be the best clash on the DVD, I know them both there both funny. Blay vs., Fangol, Blay is a personal bredrin of mine, and I know he’s talented, he’s a very good MC so that’s going to be a good clash as well. Fangol’s good as well.

What do you think about the whole Jammer Snakeyman beef?

I think its funny; I wouldn’t even look at it as a beef. Jammer makes me laugh everyday, he’s just a character in the grime scene and that’s needed right now. I don’t know if Snakeyman is going to want to clash him, I don’t think he does. If it does happen its good if it doesn’t happen its even better, it would be peak for Snakeyman to be honest.

Are there any more projects after this that you can tell us about as a solo artist?

I’m going to be working on a free EP after the whole Lobster EP project is finished and give it as a free download. Its about time I give back to the supporters they deserve something. That’s going to be in mid 2013. At the end of 2013, I’ll give them a full mixtape because even though my EP was 9 tracks which is a lot it’s not enough for a mixtape. Then after I’ve done those two things I definitely think it will be time for my album.