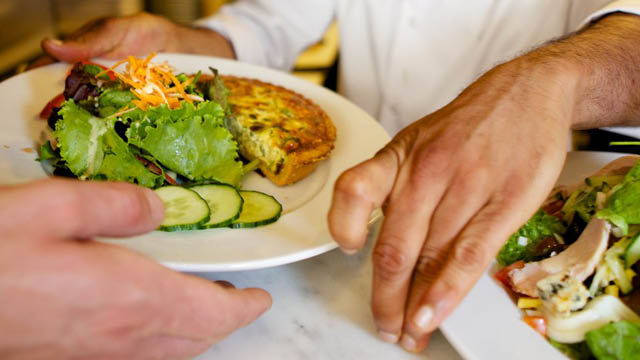 This April, leading restaurant group, Le Pain Quotidien launches an exciting new social experiment into how receptive the local London community is to random acts of kindness, inspired by worldwide phenomenon of Paying It Forward (PIF), celebrated worldwide on 28thApril.

Despite being a popular and far-reaching concept, PIF remains an underground movement in London within the restaurant industry, with no large restaurant chain in the UK let alone the capital adopting the idea and testing its capability. In line with its community spirit and genesis to putting something good back into the world, LPQ will be the first London-based restaurant group to pioneer the use of PIF.

Launching in London, week commencing 25th April, LPQ will spearhead the campaign across its estate of 26 London stores, welcoming customers to take part in its trial performing random acts of kindness throughout the week, leading up to the official PIF day celebrated on 28th April.

Partnering with national charity, FoodCycle, who build communities and create nutritious meals made from surplus food for people at risk of food poverty and social isolation; LPQ will be donating £5 to FoodCycle for every baking masterclass purchased via PIF.

Leading psychologist, Sandi Mann from University of Central Lancashire has authored a book about the psychology of paying it forward, entitled: Paying It Forward: how one cup of coffee could change the world.

Commenting on why random acts of kindness can be met with suspicion especially from people living in London:  “This is natural for city dwellers who are used to fighting for resources rather than sharing them. I hope that campaigns like this demonstrate that even in London, there are kind people who are acting with no ulterior motive other than the desire to be nice!

“It’s fantastic to see leading industry brands such as Le Pain Quotidien getting behind this kindness initiative which will hopefully encourage an onward domino effect of doing a good deed.”

In celebration of National Pay It Forward Day, LPQ is encouraging all their customers to be a part of their experiment in making London a happier place to be!