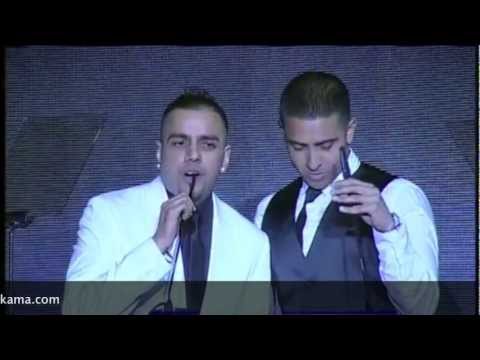 At a glitzy launch party held at Merah in central London, The UK AMA founders announced a huge celebration was planned for next year’s awards and promised it would be their biggest, boldest and greatest event to date.

Performances from some of the most talented artists on the Asian music scene today such as Mumzy Stranger and Shide Boss gave a taste of what is to come for the 10th Anniversary Awards. Both mainstream and underground Asian stars are being lined up to perform and special guest collaborations are planned.

Abs Shaid, who founded The UK AMA, said: “I set up The UK AMA 10 years ago as I felt there wasn’t an award ceremony that acknowledged Asian culture and music. It’s such a rich and diverse culture and its popularity is reflected in the way The UK AMA has got bigger and bigger each year. The event has been an integral platform to showcase the best British Asian talent. Wembley Arena is our biggest venue yet so thousands will get to come to the awards.”

“The event has been an integral platform to showcase the best British Asian talent. Wembley Arena is our biggest venue yet so thousands will get to come to the awards.” “We’ve already got a very special Asian music collaboration planned with a UK chart topper and our headline performer is absolutely huge in both the Asian and non-Asian music scenes.”

Russell Atkinson, Managing Director Lebara Mobile UK, added: “Lebara is extremely proud to be the title partner of the UK Asian Music Awards. The UK AMA brings audiences together through the celebration of music and Lebara shares this passion of connecting people through low cost, high quality products and services. Lebara is also passionate about inspiring future generations into music and we look forward to giving more fans the chance to attend the UK AMA and celebrating exceptional worldwide Asian music talent at Wembley Arena next year.”

Created in 2002, The UK AMA celebrate the finest in South Asian culture from around the UK and the world featuring the best Asian singers, dancers and musicians.

Starting life on a small scale the awards recognise the growth and importance of Asian music within the mainstream music industry and prominent Asian artists such as Panjabi MC, Nitin Sawnhey, Bally Sagoo, Jay Sean and Preeya Kalidas have all performed. The event has also attracted some top UK pop names such as Alesha Dixon, Sugababes, Taio Cruz and Chipmunk, who have all attended in previous years and embraced Asian music, fashion and culture.

The UK AMA is the only official awards recognising and celebrating Asian music in the UK and plans to become as recognisable as the MOBO Awards, which had similar humble beginnings. It is testament to the growth of The UK AMA that they have moved from Camden Roundhouse this year to Wembley in 2012.

Voting for each of the categories is now open to the public via the official website www.theukama.com.

For more information and to book tickets for The UK AMA see www.theukama.com