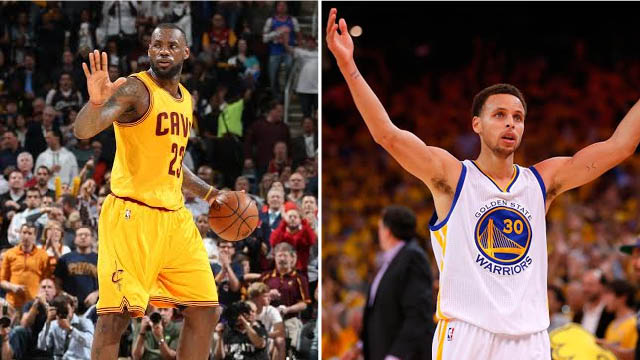 After securing their NBA Finals berth having defeated the Houston Rockets 4-1, the Golden State Warriors led by 2014-15 MVP Stephen Curry will now face global icon LeBron James and the Cleveland Cavaliers in the 2015 NBA Finals. Stephen Curry, who has averaged 29.2 points per game throughout the Playoffs, led the Golden State Warriors to their first Western Conference title since 1975 and will be looking to bring the NBA Championship title back to the Bay Area for the first time in 40 years. LeBron James and his Cleveland Cavaliers swept the Atlanta Hawks 4-0 in the Eastern Conference Finals, making James the first player in NBA history to reach five consecutive NBA Finals since Celtics Legend Bill Russell almost 50 years ago. If the Cavaliers take the title it would mark arguably the most triumphant return in sport with James coming home to lead the city of Cleveland to their first Championship title in any major sport.

The NBA Finals tip off June 4th when the Golden State Warriors host the Cleveland Cavaliers at Oakland’s Oracle Arena.

Watch the NBA Finals live on BT Sport 1 or via NBA LEAGUEPASS (www.nba.tv)