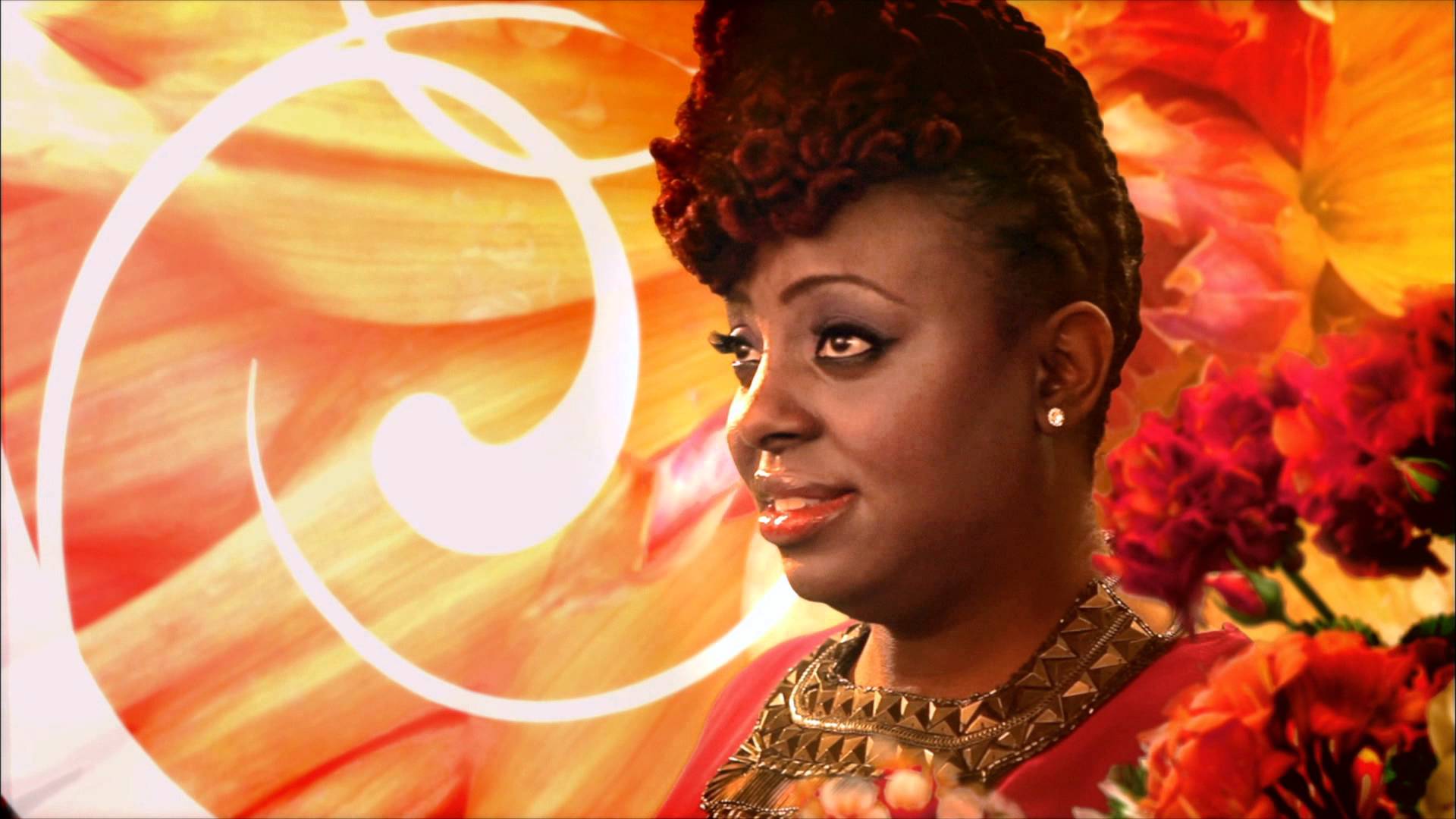 Ledisi is the New Orleans r&b singer who this year alone has been nominated for 3 Grammy Awards. She has performed with two of the biggest artists in the world, Prince and Stevie Wonder and opened for Chaka Khan, and can count Michelle Obama, Aretha Franklin, Gladys Knight and Pattie LaBelle as fans. Ledisi has worked with some prolific producers, including Rex Rideout, Raphael Saadiq, Chucky Thompson, Jerry Jam and Terry Lewis, providing her beautiful and soulful singing ability with the perfect beats to match. Shireen Fenner sits down with Ledisi ahead of her biggest UK gig in Scala.

I think just being relatable and singing songs that relate to regular people. Nothing to far or deep, just regular things that happen day to day like dealing with men, wanting love or just anything that happens.

You once experienced writer’s block, and yet went on to achieve three Grammy nominations this year. How did you overcome the block and how do you ensure that you maintain a good flow of creativity now?

I take a break take a breath then take a break, those are the two things. I have great people around me to remind of some powerful stuff like Rex was telling me to think about just what you want people to get from you. What would your Ledisi radio sound like? That was the thing that got me out of the writers block, thinking what would my sound be.

Having been very close once to giving up on music, what advice would you give to people in a similar situation, and do you think that there ever is a time to give up on a dream, in order to pursue something more concrete?

That depends on the person if you want to have a back up plan, but for me I went full out. This is what I love to do and what I was born to do, and I knew it but I had some roadblocks along the way. Having the right people around you to encourage you to keep forward that helped me out a lot. I would tell them if you believe in yourself before others will believe you, that’s the key. Having faith, being around good people and just go out there and kick butt, you gotta go out there and rock it. That’s what I do as if I may lose it everyday; I’m grateful for it so I hold it. Has the skepticism and lack of belief you encountered at times on your journey been an important source of motivation for you to succeed, or just a minor inconvenience along the way?

When I had lack of faith it was me trying to fit everyone’s box, trying to please everyone else, they wanted me to be a certain way, so that’s where my confusion started I was trying to please everybody else instead of pleasing myself. I figured it out that I have to be me, and be happy with myself first. I can’t worry about what other people think, that’s where the confusion, lack of faith, all that dysfunction happens. There’s always going to be people who judge what you do and how you do it and that’s just part of what your in if you’re an entertainer.

Many of your key decisions have been motivated by your determination to maintain complete creative control over your music and its future. Has this made your route to success any harder or more complicated?

I don’t think anything is harder or complicated anymore. It was harder being an independent artist and not having the marketing and people not knowing my name or not being able to get out a video, that was harder for me. Now it’s a little bit easier because I have the right people around me. I have great management now, my career took off this year in a bigger way than the year before, but I’ve had a steady climb, it hasn’t been a decline.

Coming from New Orleans, a city well known for its music and creativity, to what extent do you feel that a person’s place of origin and background influences their music?

People from New Orleans are very resilient if you tell us no we’ll say, ‘nah I think so,’ (laughs) so we’ll just keep making it happen, we like to try for the impossible. The music influences are jazz and the rhythm; everything has to have a beat to it that means a lot that’s where it starts. Being from New Orleans and having that real determination it really helps.

Having been nominated so many times, it must only be a matter of time before you are collecting your first award. How are you going to celebrate when you win your first Grammy?

Wow. Should I win, I hope I don’t do the ugly cry and just get out the thank yous. I’ll just celebrate with my family and friends and people that made it possible. I would just be like lets go lets do something fun. I think as you climb there’s more work to be done (laughs) it gets harder, more and more work to stay steady but I’m looking forward to it.

You are a beautiful woman, who has nonetheless sometimes encountered people saying that you were not attractive enough to succeed. Do you think that a lot of talent is being ignored and not being supported for the same reason, and what can be done to overcome these narrow minded views in the future?

You just have to be comfortable with you, and it radiates out and after a while people get it, some won’t ever. I mean people still don’t like my hair or how I dress, and some people don’t like how I sing and it’s ok. There are a lot of people who love how I dress, love the way I sing and I’m here for a reason. It has to start from you, so as long as your ok with you, and your representing who you are on the outside as well as well as in your music, your good. Just focus on that, all the negative energy is always going to come, but don’t let that stop you from being you.

Who is your biggest celebrity fan, I’ve heard Michelle Obama has you on here iPod?

I love her, yes she loves my music. There are a lot of people I didn’t realise knew my music like Aretha Franklin, Gladys Knight, Pattie LaBelle, Stevie Wonder is a big fan, I love all of them. I didn’t know that a lot of people knew who I am, its great I love them probably more than they would ever know (laughs).  I’m appreciative of anybody, I care that people love my music it makes me feel like I’m doing the right thing.

Have you started to record a new album and when is your next single release?

I’m still working out on ‘Pieces Of Me,’ and ‘Bravo’ is the third single from ‘Pieces of Me.’ I’ll probably start writing after the summer or the spring, just songwriting and seeing what flavour will come next. I let it all happen natural, I don’t make music like “oh I have to be done at this time.” I have to let it come naturally or it will sound a mess, I’ve done that before.

Who do you sing for?

I sing for people to uplift them, to make them feel better. I feel like it’s a gift from God and I translate those feelings and energy to everybody else, and hopefully they get it, and if they don’t I cant do nothing for those people. I hope I get can 2 or 3 everywhere I go.

Do you have another significant love other than music?

I love writing I’m working on a book right now with Essence Time Warner, that’s exciting. I love what you guys do, music journalism, I’ve always wanted to do that, but instead I had to sing (laughs). I love just quiet, still stuff, and listening to Miles Davis and Abbey Lincoln those are my two favourites, with Diana Washington and Aretha. I just love chilling out. Just people and talking about people, and the way we live, and our lifestyle.