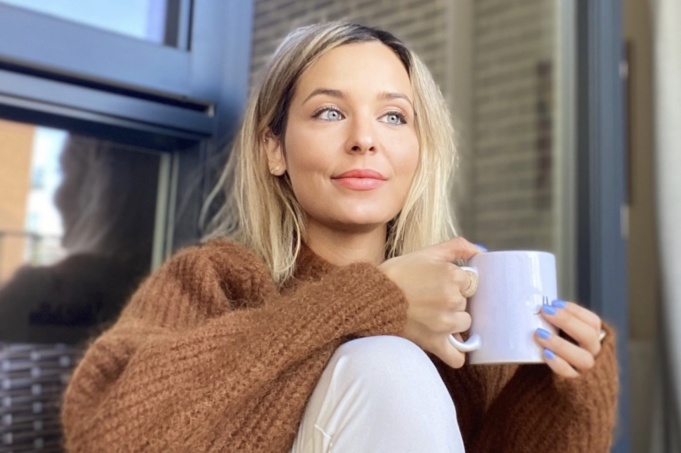 Leena Punks is sending us into a trance! ‘Hestia’ is the name to remember; she is the Ancient Greek Goddess of home and family life and is also the first track released from Leena Punks’ new EP ‘Olympia’, inspired by Ancient Greek goddesses in a 2020 era.

Taking time during lockdown to work on her EP, Leena began to experiment with her own vocals, “I started by reading all the notifications of my smartphone to get comfortable with hearing my own voice during production. I ended up using those vocals on the track.” After drawing a link on what our new sense of ‘home’ is within the advanced world, Leena used the separate entity that is curated information from a Smartphone ‘home’ screen, to provide the lyrics for ‘Hestia’.

The separate identity curated on our phones kind of dictates to an extent our view of the world and in some cases the state of our mental health.

explains Leena Punks as she delves deeper into the inspirations behind the track. Following the success of her previous release for ‘Jack Dat Body’, this inventive electronic artist is now releasing through her own, brand new label, ‘Punks Trade’. For fans of Bicep, Grimes and Prospa, ‘Hestia’ is an insight into the modern world whilst providing the escapism we love from dance music! A taste of electronic genius from Leena Punks, check out ‘Hestia’ now!

London based DJ/producer Leena Punks was inspired to start her career after discovering her father’s eclectic mixtapes and vinyl featuring traditional funk/disco and tech-house from his trips to Detroit and Berlin. Leena began her music career as a radio host for Kiss FM and NRJ Athens and soon started playing clubs in Mykonos and Athens.

After studying Electronic Music Composition and classical piano in London, she secured residencies across the city in clubs such as Egg, Cargo, Ministry of Sound and Fabric. International gigs followed in Berlin, Zurich and Ibiza playing for Float Your Boat and SolHouse. In June 2019, Leena came full circle and joined her idols on stage, Chic and Nile Rodgers! Becoming a well-known name, Leena Punks has made appearances at Paris, New York and London Fashion Week! After becoming a resident DJ in Ibiza and Mykonos, she even made it to the festivals, securing slots at: Redbull, WeWork, Fabville, Goodwood and Reading Festival.

An advocate for women’s issues she regularly writes for publications including Huffington Post and the Evening Standard. Now, with her own radio show on Select Radio 99.3 Certainly, Leena Punks is a one to watch for the closing of 2020.