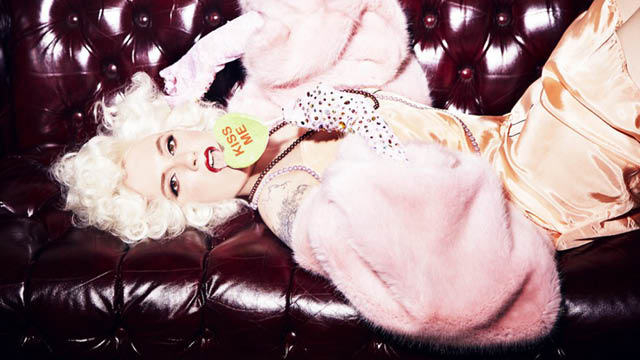 Lena Dunham the creator and star of TV smash hit show Girls poses for the cover of Paper Mag and is interviewed by legend Jane Fonda. WOW!

Jane Fonda 78 interviews Lena Dunham in spectacular fashion. The interview is very heartfelt and you can immediately feel the connection between Jane and Lena from the moment the interview starts.

Talking everything from feminism to male leads in film to TV vs movies, Jane Fonda and Lena Dunham features in what we would call a historic interview that needs to be shared with the world.

Fonda: Everybody always says, “Why are younger women so afraid of the word ‘feminist?'” Do you find that that’s true, that they’re afraid?

Dunham: Well, it’s interesting, I only interact with young women really on Twitter or on Instagram, but there are some who seem to have a terror of the word but then there’s also this amazing group of young teenage feminists popping up and being vocal and noisy. Rowan Blanchard, the star of a Disney Channel show called Girl Meets World, is an incredibly outspoken, thoughtful feminist who thinks about intersectional race issues and violence and she’s 14 years old.

Dunham: To see someone who’s 14 years old and who has a mainstream media platform and is talking about that and has friends who are talking about that with her — it’s not happening in a vacuum — it gives me so much hope and so much excitement and I don’t know if you’ve heard about this, Jane, but this year there was a huge rash of journalists asking young actresses, “Do you consider yourself a feminist?” and some of them said “No.” Like, “I’m more of a humanist” or “I’m interested in equality” and it really did feel like the journalists were trying to do this “gotcha” on young women who maybe hadn’t been educated about the term and I think that’s the thing, you don’t naturally learn about what it means to be a feminist. You need to receive an education from, preferably, a really smart woman older than you who really has an understanding of what the movement has meant. Did you have someone like that in your life?

Fonda: No, honey, I didn’t become a feminist until I was in my 40s. I was a theoretical feminist starting in the ’70s. I remember when I was driving across the country heading to New York to make Klute and I got a call from a friend in New York who said, “There’s 5,000 women out there protesting for abortion rights.” Maybe your mother was among them.

Fonda: And I thought, “God, it’s such a diversionary tactic.” We emplore you all to go and read the FULL INTERVIEW on Paper Mag and see some of the stunning photos from the cover shoot, which was photographed by Ellen Von Unwerth.