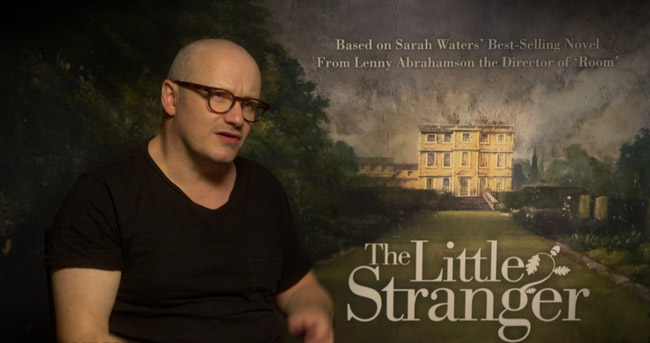 It’s been three years since Lenny Abrahamson’s Room landed with brute force, now the exceptionally brilliant filmmaker is back with The Little Stranger. The follow-up to 2015’s Room is yet another adaptation from a novel but this gothic nuanced spine-tingler couldn’t be any more different.

The film is a darkly mysterious drama adapted for the big screen by BAFTA nominee Lucinda Coxon (The Danish Girl).

Starring Domhnall Gleeson, Ruth Wilson and Will Poulter, The Little Stranger tells the story of Dr Faraday, the son of a housemaid, who has built a life of quiet respectability as a country doctor. During the long hot summer of 1948, he is called to a patient at Hundreds Hall, where his mother once worked. The Hall has been home to the Ayres family for more than two centuries. But it is now in decline and its inhabitants – mother, son and daughter – are haunted by something more ominous than a dying way of life. When he takes on his new patient, Faraday has no idea how closely, and how disturbingly, the family’s story is about to become entwined with his own.

Zehra Phelan sat down with The Little Stranger director, Lenny Abrahamson to talk about his follow-up to Room and Domhnall Gleeson.

The Little Stranger is out in UK cinemas September 21st.

Here’s the trailer for the film