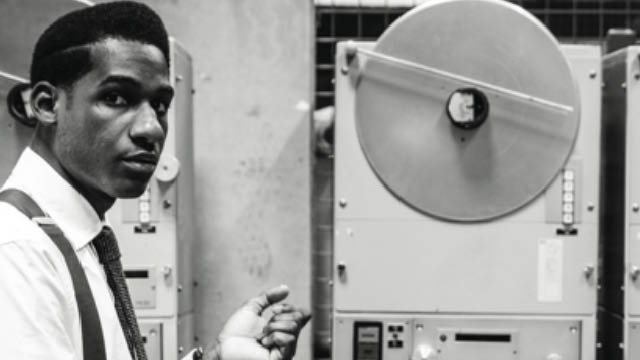 Leon Bridges uses the powerful visuals for his elegiac, Gospel inspired song “River” to send a message of hope, along with the video’s additional intention of raising questions rather than providing answers. The video, directed by Miles Jay, pulls inspiration from real events taking place across the country.

Filmed on location in Baltimore, the video draws heavily from the Baltimore Uprising and includes an extended vigil scene. That footage was only possible due to the support of the members of the West Wednesday movement, a bedrock of the Baltimore protest movement, which was created by the family of Tyrone West, who died while in custody of the Baltimore police department in 2013. Also featured in the “River” video is footage captured on a television screen of teenager Allen Bullock striking the windshield of a car with a cone, which has come to be viewed as one of the most iconic images from Baltimore Uprising.

In a written statement, shared on Bridge’s social media accounts, he states:

“A river has historically been used in gospel music as symbolism for change and redemption.  My goal was to write a song about my personal spiritual experience.  It was written during a time of real depression in my life and I recall sitting in my garage trying to write a song which reflected this struggle.  I felt stuck working multiple jobs to support myself and my mother.  I had little hope and couldn’t see a road out of my reality.  The only thing I could cling to in the midst of all that was my faith in God and my only path towards baptism was by way of the river.

When thinking about how to best visually represent this universal battle, I reflected on the depiction of black communities in our media and particular experiences within my own life.  This video showcases the unique struggle many black men and women face across this country. However, unlike the captured images which tend to represent only part of the story, I wanted to showcase that through all the injustice, there’s real hope in the world.

I want this video to be a message of light.  I believe it has the power to change and heal those that are hurting.”