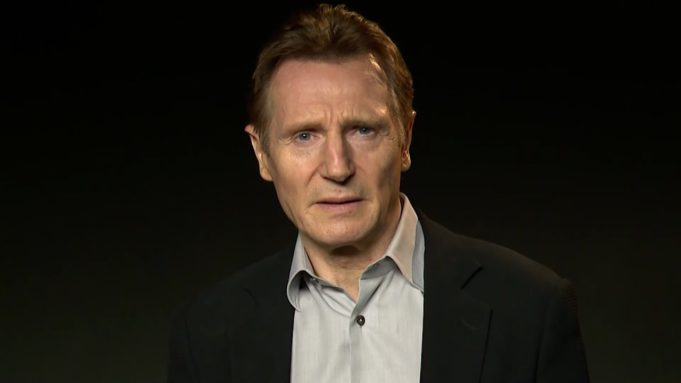 Liam Neeson has sat down in front of a camera to read you all a chapter from the quite beautiful and heart-wrenching A Monster Calls.

Neeson, who plays a performance-capture and voiceover as the nocturnally visiting monster, Has put his soothing dulcet tones to good use for this new promotional video which makes you want to curl up in front of a roaring fire, blanket over the shoulders with the flickering Christmas lights creating a cosy atmosphere as he lulls you into a deep sleep.

A visually spectacular drama from acclaimed director Juan Antonio Bayona (“The Impossible”), based on the award-winning fantasy novel. 12-year-old Conor (Lewis MacDougall) attempts to deal with his mother’s (Felicity Jones) illness and the bullying of his classmates by escaping into a fantastical world of monsters and fairy tales that explore courage, loss, and faith.